Tottenham’s World Cup stars returned back to training today after their prolonged tournament allowed them an extended summer break.

Man of the moment Toby Alderweireld featured in the photos, confirming the current Spurs man has not missed training to push forward a potential move away from the club.

Jan Vertonghen, Eric Dier, Mousa Dembele, Dele Alli and Kieran Trippier were also shown to have reported back to training at Hotspur Way.

However, no images were released of Harry Kane, with just days to go before Spurs open their 2018/19 Premier League campaign this may concern a few fans.

Kane grabbed the World Cup golden boot over the summer but looked fatigued towards the back end of the tournament which could hint at a possible further extended break.

Danny Rose was also not shown in any of the photographs which may add further fuel to his future at Tottenham following reports the 28-year-old is on their transfer list.

You can check out the images below. 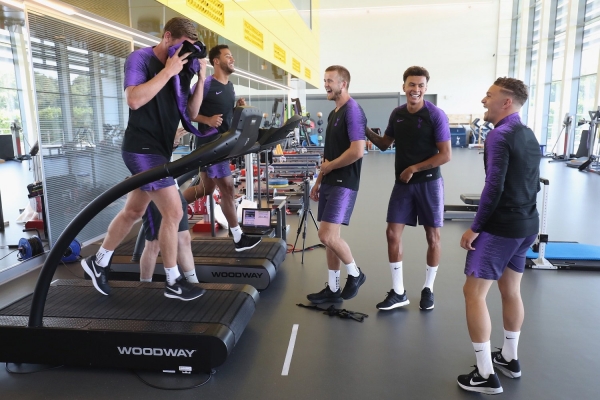