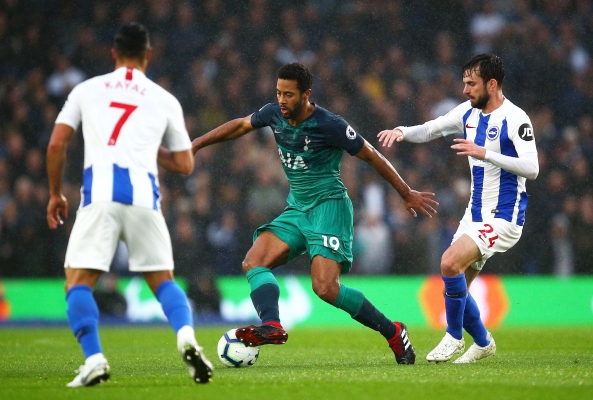 BRIGHTON, ENGLAND - SEPTEMBER 22: Mousa Dembele of Tottenham Hotspur turns with the ball under pressure from Davy Proepper of Brighton and Hove Albion during the Premier League match between Brighton & Hove Albion and Tottenham Hotspur at American Express Community Stadium on September 22, 2018 in Brighton, United Kingdom. (Photo by Charlie Crowhurst/Getty Images)