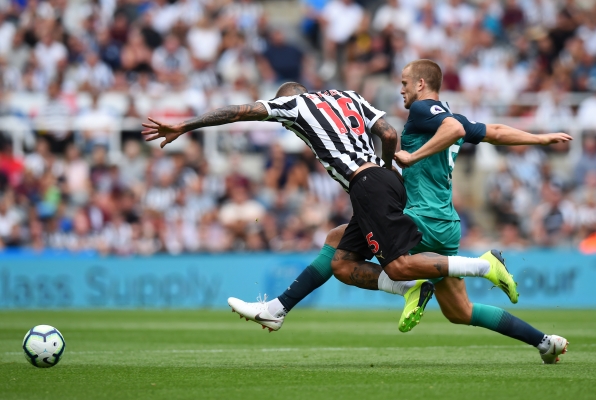 Tottenham Hotspur kicked off their Premier League campaign with a victory against Newcastle United at St James’ Park.

Jan Vertonghen gave the away side the lead after just only eight minutes of the match, after The Goal Decision System showed the defender’s header crossed the line by a mere 9mm.

Just three minutes later, slack defending allowed Newcastle back into the match through a Joselu header but Mauricio Pochettino’s side went back in front after a stunning cross from Serge Aurier found Dele Alli at the back post who headed back across goal to send the travelling Spurs support mental in the away end perched high into the stand.

After all the talk in midweek about transfers, today the players have done the talking on the pitch.

Opinion: The competitions Spurs should prioritise this season ranked 1-3

Report: How long Spurs will give Mourinho and two contenders to replace him