Tottenham Hotspur’s tour of the USA finished on a high with victory in Minnesota against AC Milan.

A young Spurs side held their own against the Italian giants and scored the only goal of the encounter on 46 minutes through Georges-Kevin NKoudou.

The winger finished emphatically into the roof of the Milan net after picking the ball up in the Milan half and will be hoping that he can go into the upcoming season and contribute more than he did last campaign, before being shipped off to Burnley.

Spurs broke brightly, as their pressing controlled the action for most of the opening quarter-hour, but soon enough the more experienced Italians began to counter effectively and produced nearly all the best opportunities in the first half, Patrick Cutrone failing to convert a number of excellent chances in the box from well-placed crosses.

Spurs failed to produce that final ball or link-up after some decent work in midfield from Oliver Skipp and George Marsh, and some impressive runs down the left by Anthony Georgiou and Kevin Georges Nkoudou. Fernando Llorente suffered from almost no service and Kyle Walker-Peters was the unfortunate guilty party on several occasions, either making a poor cross, being bullied off the ball, or simply giving it away without excessive pressure.

Spurs round off their pre-season diary on Saturday with a match in Spain against Girona.

You can take a look at the best match action pics, below. 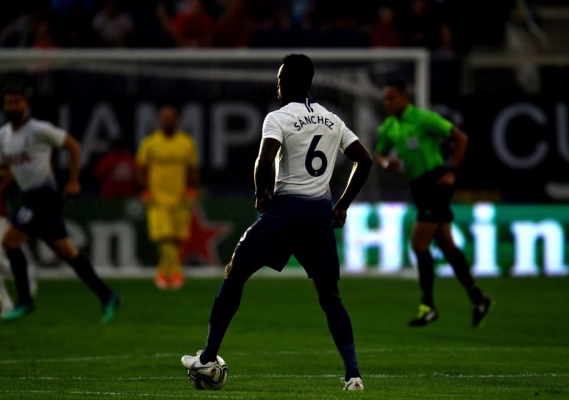 ‘He doesn’t have the talent’ – Former international boss offers brutal...

Some Spurs fans call for Nuno to hand youngster a chance...