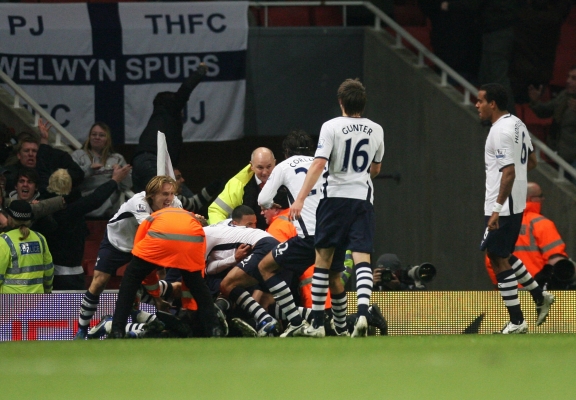 Ok, so this wasn’t a Spurs victory. However this game had it all. David Bentley gave us the lead with a stunning long-range effort against his former side, only for Arsenal to take control and lead 4-2. Jermaine Jenas brought the score back to 4-3 in the 89th minute, then up stepped Aaron Lennon to bury a Luka Modric effort which hit the post to create absolute scenes in the away end.