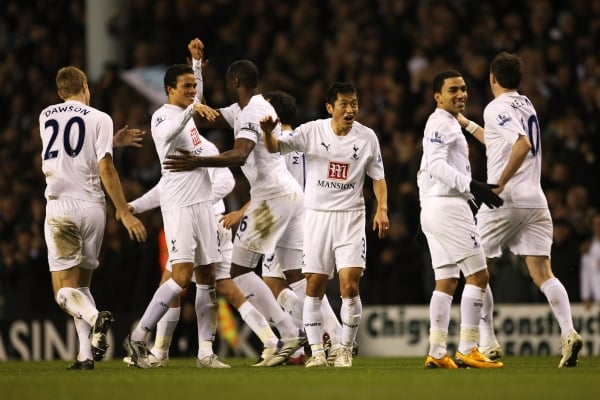 A pulsating Tottenham performance saw them run riot against Arsenal to book a place in the Carling Cup final. Spurs got off to the perfect start when Jermaine Jenas angled in a shot to put them 2-1 ahead on aggregate. Arsenal's Nicklas Bendtner then headed into his own net before Robbie Keane's 18-yard shot put Spurs 3-0 up. Aaron Lennon sidefooted in for Spurs before Emmanuel Adebayor grabbed a consolation for Arsenal but Steed Malbranque's strike completed the rout.