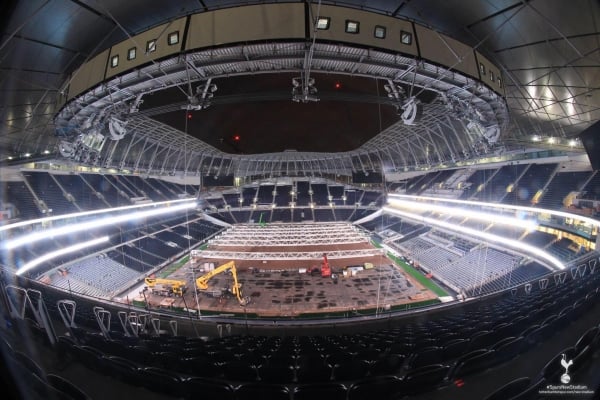 Rarely has there been any good news regarding Tottenham’s new stadium this summer, with delays pushing the opening date back well beyond the original September 15 plan.

The Tottenham Hotspur Stadium had originally been planned to open against Liverpool this weekend, but rumours are circling that fans may have to wait until as late as 2019.

The earliest conceivable opening date at the moment would be November 24 against Chelsea.

However, despite the constant negativity surround the new stadium build, what people need to remember is that Spurs will soon be getting a stunning, state-of-the-art, new 62,000 stadium.

Nothing brings home this point more than the latest images coming out of Tottenham, showing the new ground in all its night-time glory.

The pictures were taken during a lighting test this week, and show the real progress being made at the ground.

Can you imagine Champions League nights under these lights?