Tottenham Hotspur have this afternoon posted some photos on social media from the first test evening which is currently being held at the new stadium.

Operational orientation days are be held for Club and Stadium staff today and for staff and suppliers in respect of premium areas on Sunday 19 August. These events will not be open to the public and will not require any matchday travel measures to be implemented.

In order to achieve a safety certificate for the new stadium, the club are required to hold two Test Events with increasing levels of attendances.

The photos show staff sitting in the stadium while the Spurs badge is plain to see on the giant LED screen behind.

Another couple of photos show staff walking up steps towards the west stand, while a club steward oversees things.

The first match which will be held at the stadium will be an Under-23 fixture against Brighton on Monday 27 August (kick-off 2pm). 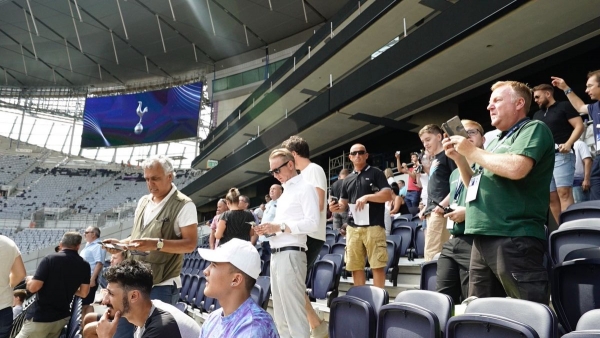 Photos are the property of Tottenham Hotspur and sourced from social media.