Benfica have changed their stance on the future of defender Ruben Dias, according to a report by Portuguese news outlet A Bola.

The Evening Standard claimed on Friday that Tottenham Hotspur are still keen on adding a central defender to their ranks ahead of the transfer window closing on October 5th, despite already having brought in Joe Hart, Pierre-Emile Hojbjerg, Matt Doherty, Sergio Reguilon and Gareth Bale.

The report claimed that Jose Mourinho is keen on Dias, however, Benfica were unwilling to entertain any negotiations during the January window. 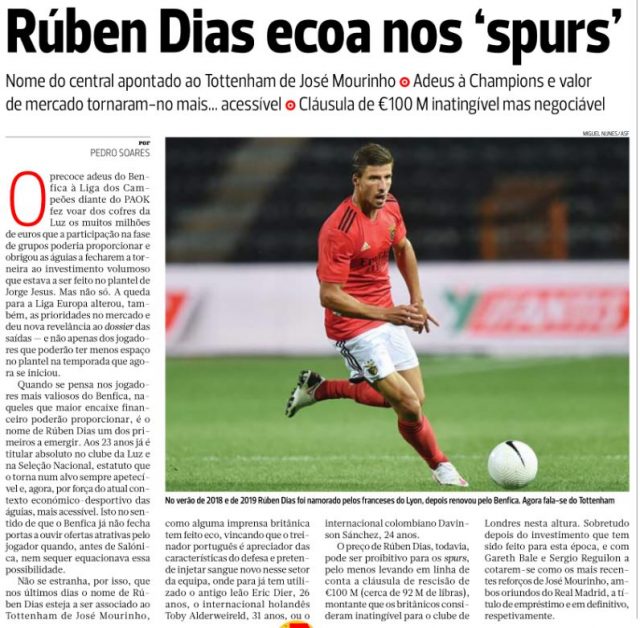 A Bola report that Benfica, who signed former Spur Jan Vertonghen earlier this summer were expected to make further high profile acquisitions to their ranks only to have suffered a Champions League exit in the third qualifying stage to Greek outfit POAK.

Dias has a release clause of €100m inserted into his contract with it suggested that the fee is now negotiable, with Spurs unlikely to go anywhere close to that figure.

Opinion: Analysing the contenders for PFA Player of the Year

Report: Spurs backed to return for central defender after being rebuffed in January