Tottenham Hotspur are looking to extend their unbeaten start to this season’s Champions League campaign on a cold night in Borussia Dortmund. However, we have work to do if that is still to be the case, come the end of this evening.

Mauricio Pochettino decided on picking a strong team for the match to get over Saturday’s disappointing defeat to Arsenal.   Here’s the team he picked:-

It has unfortunately been another frustrating half of football for Spurs fans with Aubameyang firing the home side into the lead after 36 minutes.

Christian Eriksen had a great opportunity to level the score but his shot was too close to the Dortmund keeper. From the resulting corner, the keeper pulled off a world class save from an Eric Dier header to once again deny us.

Here are the best action shots from the first 45 minutes of action at Signal Iduna Park. 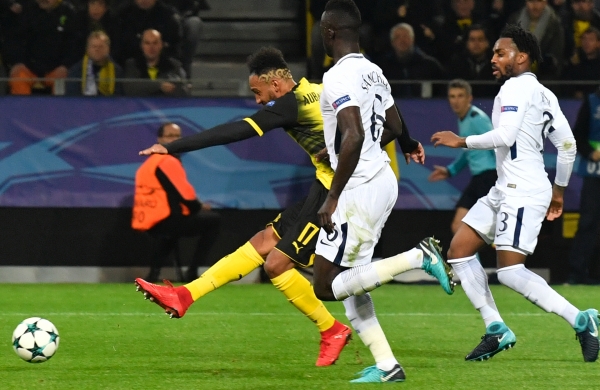 Report: Spurs target will push for January move – Knows where he wants to go