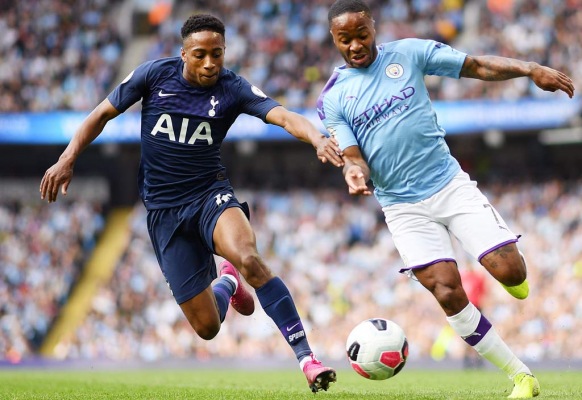 Plenty of full backs will be humiliated by City and Sterling in particular. I’m not going to make a definitive judgement on the basis of this game but he looked out of his depth. Yes, Sterling plays so wide and full backs are encouraged to keep tight, in contact with the centre backs, but he seems lost as to how to resolve this challenge. Admittedly, it took twenty minutes for the management to organise some more support from midfield but time again he didn’t seem tight to any City players around him.

‘Frustrating’ – Rodon on Mourinho leaving him out of Europa League squad

‘Better than the Emirates’ – PL legend heaps praise on Tottenham...

‘Frustrating’ – Rodon on Mourinho leaving him out of Europa League...