Spurs endured a signingless summer in the build up to the latest Premier League campaign, however they are off to an unbeaten start after their first two games.

The failure to add any new players to the roster doesn’t appear to have affected the squad, as the sense of settled togetherness still remains.

A narrow 2-1 away to Newcastle United on opening day, and a comprehensive 3-1 win at Wembley against Fulham has seen Tottenham enjoy their best start to a Premier League campaign in three years.

The likes of established first teamers Toby Alderweireld, Danny Rose and Mousa Dembele were all linked with exits from the club during the transfer window, but who are the most likely players to leave Hotspur Way before August 31? 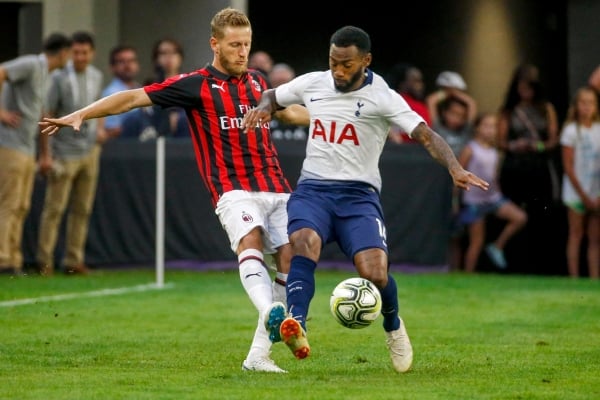 This transfer seems like a dead cert, with the 23-year-old apparently absent from Pochettino’s plans this year.

The Tottenham winger spent the majority of last season on an unsuccessful loan spell with Burnley, a spell that has done little to convince the Tottenham hierarchy that he’s worth a second chance.

To add further fuel to the flames, N’Koudou has now been pictured with his family in Paris, soaking up the sun at Disneyland.

While the entire Spurs squad has been given some time off between now and their fixture against Manchester United in 8 days, seeing N’Koudou back in France does imply that a transfer is imminent.

Pochettino revealed the possibility of a transfer in a press conference last week, stating: "GK is part of the group, but like last season, he was on loan at Burnley, and maybe now, he’s young, tries to play more, maybe he will have the possibility to play and be guaranteed to play more than here.

"We’re working, the transfer window is still open in Europe and many things can happen.” The Frenchman has been linked with a move back to his home country all summer, with the likes of previous club Marseille interested. After managing only 23 appearances since his transfer in 2016, N’Koudou seems nailed on to say farewell to his time in North London.

Gallery: Which Spurs players were spotted training ahead of Wolfsberger tie