The Tottenham Hotspur players have had little time to dwell on their disappointing defeat at Arsenal on the weekend after they were back on the training pitch at Hotspur Way this morning.

Ahead of the team flying out to Germany later this afternoon, the players were tasked with a light session under the watch of Antonio Conte and his backroom staff.

Spirits looked to be high among the players judging by some of the photographs with even Hugo Lloris breaking a smile following his horrific error which gifted the Gunners the lead at the Emirates.

Spurs head into the match against their Bundesliga opponents with an identical record after two matches in Group D with both sides having registered one win and one defeat from their opening two fixtures.

Conte will have to decide whether he wants to shuffle his side following the weekend, with the Italian also having one eye on Saturday’s trip to Brighton in the Premier League. 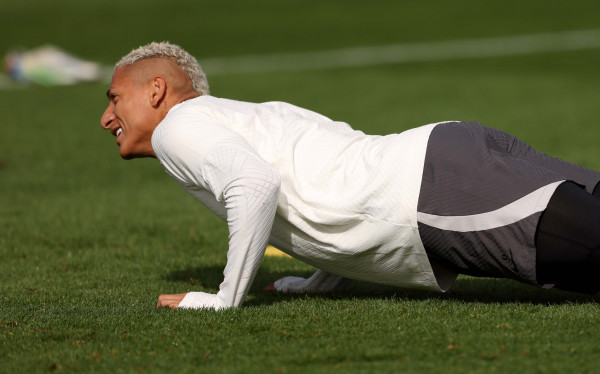 FRANKFURT AM MAIN, GERMANY - OCTOBER 03: Richarlison of Tottenham Hotspur reacts during a training session at Tottenham Hotspur Training Centre ahead of their UEFA Champions League group D match against Eintracht Frankfurt on October 03, 2022 in Frankfurt am Main, Germany. (Photo by Paul Harding/Getty Images)

Report: Spurs named as one of two suitors for Japan international star