Tonight we can finally clear the air of the bad smell that has been the Champions League in 2016/17.

The whole thing’s been a blight pretty much from start to finish (depending on how tonight goes). From the moment in the 15th minute of the game against Monaco when Erik Lamela got caught in possession and Bernardo Silva was shown inside on to his stronger foot by Jan Vertonghen virtually nothing has gone right for us. Injuries have weakened our side since that defeat but we have also contributed hugely to our own downfall by playing abysmally against Leverkusen at home and then picking a defence that was never going to help us get the win we needed at free scoring Monaco.

The massive joy at seeing so many Spurs fans in one place at Wembley has been hugely tarnished by the performances and results. The thought of going there twenty odd times next season personally fills me with a sort of dark horror, watching the team will start to feel like a duty rather than the pleasure it generally is.

I’m fed of hearing about the ‘Wembley hoodoo’. The place is rubbish. Seeing us win would make the experience slightly more bearable, but it wouldn’t take away from the fact that it’s a life-sucking, solidly red (RED!) bowl with no atmosphere, charm or redeeming features whatsoever.

Anyway…  CSKA won’t look back on their Moneybags League campaign any more fondly than we will. They’ve won none of their 5 games so far and sit a point behind us in fourth. (We’ve lost more games than they have though. Get in!) Domestically this is their last game before their winter break. They currently sit third, 8 points behind Spartak. Their coach, Leonid Slutsky has announced that this is his last game in charge. Let’s hope their team doesn’t decide it’s going to go out on a high as a result – “Let’s do it for Slutsky!”

Possibly the biggest draw for anyone heading to the game tonight is the potential return of Toby Alderweireld. Woo-hoo! The stock of most players rises if they’re absent during a lull in their team’s form and whilst Eric Dier has grown into the role alongside Vertonghen, the return of Alderweireld will raise the defence more than a notch and also improve the long range passing from the back. He’ll be welcomed back with open arms.

Elsewhere we might get to see Sissoko, Winks, Trippier, NKoudou, Onomah or some combination thereof.

If we make it through to the Europa League it keeps our options open come February. If we’re in touch at the top of the Premier League, then Pochettino will sack it off as is his wont – it’s only two games not the whole tedious group process. If the top four are moving out of sight, then let’s give the EL a go.

I hope we win and win well – wouldn’t surprise me if we didn’t though. Mumble grumble.

The officials are from Italy. 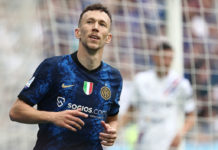 Alasdair Gold reveals Spurs have ‘kept an eye’ on striker for...