Gabriel Agbonlahor has blasted Emerson Royal for his poor display against Leeds United, insisting that the Brazilian is simply not at the required level for Tottenham.

Emerson has struggled to adapt to the demands of the right wing-back role since Antonio Conte arrived at Spurs a year ago.

Despite the Tottenham head coach insisting in September that he believes the 23-year-old can play as a wing-back (Football London), the evidence of his performances seems to suggest otherwise.

The former Barcelona player who arrived at Spurs in the summer for £25.8m (BBC) had yet another day to forget against Leeds as he was guilty of misplacing several passes and failing to convert a couple of chances.

Regrettably, a section of the home fans were even heard cheering when Conte took Emerson on in the 57th minute and replaced him with Matt Doherty.

Agbonlahor has now suggested that Conte might fail to win a trophy at Tottenham if the Italian continues picking Emerson in the starting lineup.

The former Aston Villa striker told talkSPORT: “Emerson Royal is useless. There’s a reason why 39-year-old Dani Alves is going to the World Cup with Brazil over Emerson because he’s not good enough!

“Defensively, that’s what’s going to cost Spurs getting a trophy under Conte. Defensively they are not good enough. They have five at the back and they still concede so many chances, and they concede three goals again today against Leeds – it’s unacceptable.”

Conte does seem to have a blind spot with respect to Emerson and I suspect that comes from the Italian valuing the Brazilian’s attitude and work ethic very highly.

However, there is simply no excuse for the way Emerson is being treated by some Spurs fans. I believe the role of the supporters is to get behind every single player who is wearing a Tottenham shirt, no matter what you think of their ability or suitability to the system.

Report: What Conte and his staff did when Emerson was jeered off the pitch 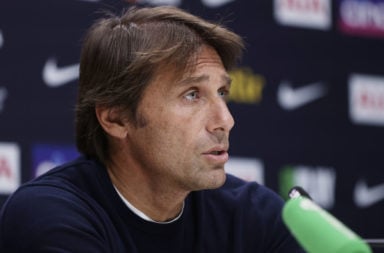 Report: Spurs defender could be used in exchange deal for new wing-back