Antonio Conte has said that while his players are now more tactically astute and understand the system better, they have lost a bid of the solidity and nastiness they had defensively last season.

Tottenham went on a fantastic run of form to secure the fourth spot last season and after the club bulked up the squad significantly in the summer, many expected the Lilywhites to push on.

However, they have struggled to replicate the same sort of performances they delivered last campaign and have looked extremely porous at the back so far.

Conte insisted that his players are fully aware that they need to be a lot more resilient than they have been recently, starting with tonight’s trip to Fulham.

The Tottenham head coach told Football.London: “If I have to analyse what happened before, compared to last season, we implemented football knowledge, the tactical aspect and also the players after one year and a half, there is more connection between them. But we have to pay attention, not only to improve one side, don’t lose what we created last season, the solidity, the desire to defend the result, the desire to win duels and don’t lose the nastiness.

“In football, you can be really good but if you are not strong into the pitch in every moment then you can risk losing, but I have a group of players who are intelligent, they know the situation much better than me. They know they have conceded a lot of goals, many goals for a team like Tottenham and they know we have to try to improve and there’s only one way: to work, to stay together and be strong.

“I always use a word. A team that wants to win, to be stable has to be a resilient team. We have to show in every game, to be resilient and this is not simple but I think this is the key. Especially in our season, in this type of situation when you have conceded 21 goals in the last ten games.”

Conte pointed out that Spurs won a lot of games last season by sticking together and fighting hard, even though they sometimes did not deserve to. He called on his players to show the same sort of ‘nastiness’ that they did at times last season.

“Every single player has their own characteristic. The most important thing is when you do a sport of a team, then you have to try to put all these characteristics inside one box and then to create the right mix to have everything. This is not a topic for one player or another player. When I speak, I speak always about the team.

“We attack with all the team and defend with all the team. For this reason, I think we have to try to improve in this aspect altogether with humility and to find again the nasty that last season we showed many times. Many times we won games fighting a lot, suffering a lot, maybe sometimes we didn’t deserve it but at the end we won. And at the end, we finished fourth. I think this is very simple.”

When asked if nastiness could be thought to players, the 53-year-old responded: “It’s a good question. First of all you can change totally the characteristics of a single player. It’s not easy but for sure you can improve this type of situation in training sessions with duels and during the game to start to have training with duels. To create a situation defensively when you have inferiority with players (numerically), to help improve the resilience. 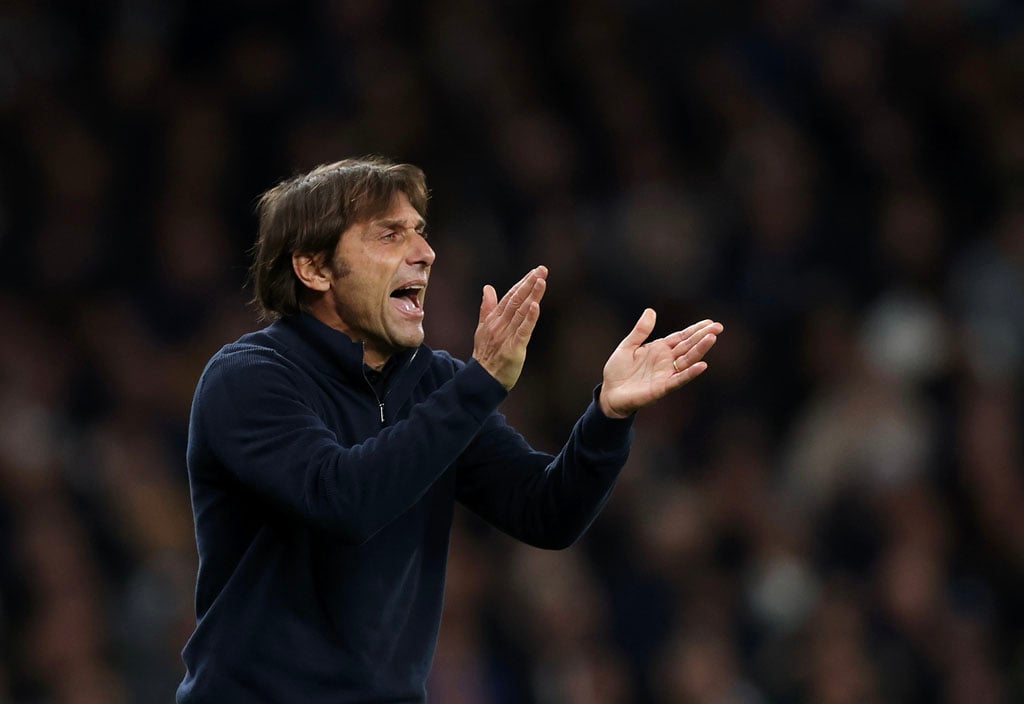 While it can be argued that we have not shown as much defensive resilience as we did last season, one cannot ignore the impact of the unforced errors our defenders and our goalkeeper have made.

It can be quite difficult for the players to pick themselves up after conceding preventable goals time and again. Conte’s system, more than most, also relies on going a goal up and then counter-attacking and we are thus being left exposed when we concede first and go chasing the game.