Antonio Conte decided to thank his Tottenham Hotspur players after watching his side crash out of the Carabao Cup at the hands of Nottingham Forest.

Conte claimed that Tottenham’s hectic fixture schedule has caught up with his squad from both a physical and mental aspect after they failed to threaten Steve Cooper’s side in a toothless performance at the City Ground.

Tottenham once again lived up to their reputation as slow starters with another lethargic first half performance and unlike in recent matches, they failed to improve considerably in the second half and found themselves 2-0 down by the 57th minute.

Concerningly, this was Tottenham’s fifth domestic game in a row in which they have found themselves 2-0 behind and in reality, never looked like getting back into the tie and instead exit at the third round stage to end yet another chance of winning a trophy.

Harry Kane was a lonely figure in attack with Tottenham’s lack of creative players once again clear for all to see and instead had to watch on as almost a spectator until he was brought off two minutes after Forest’s second.

Conte told Football.London: “The performance, I have to be honest, I think maybe tonight the energy was really poor for us. Don’t forget that it was the 12th game in a really short period.

“The games that we played in the past, every game was really really difficult and we lost a lot of mental energy and physical energy. I think today we arrived in our heart and mind to try to win but if I have to say something was wrong with my players, I tell you not. I only say thanks to my players because there are players who are really tired.

“I have to manage the situation with Hojbjerg and Bentancur because they were tired. The same for Harry Kane. Harry until this morning we waited to see if he could start or not. In this situation he was the only striker so again I can only say thanks to my players.” 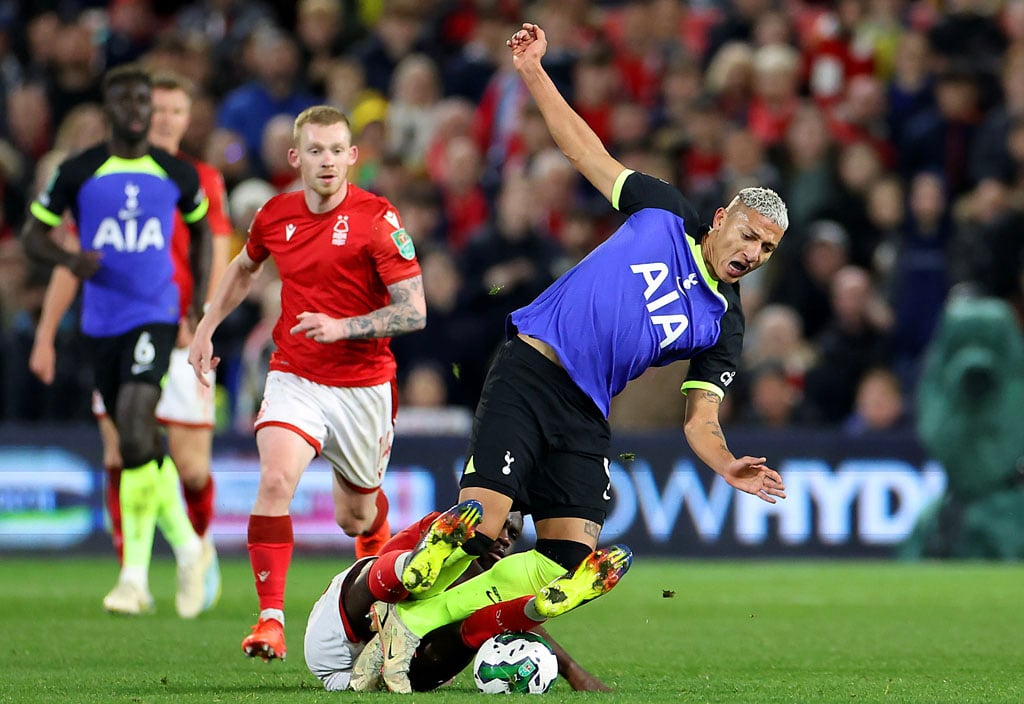 Hindsight is a wonderful thing, but Tottenham should have gone out and looked to have taken the game to Forest in the first half in the hope of securing a result by half time.  Instead, it was a case of the same old story with too many players who are simply not up to the standard of a club that claim they want to compete.

Davinson Sanchez for example should be nowhere near the starting eleven and Ryan Sessegnon is simply too inconsistent with dips in confidence impacting his game to the level where he offered little down the left.