Antonio Conte and Sergio Reguilon were both in attendance at Stamford Bridge to watch Real Madrid beat Chelsea 3-1 in the first leg of the Champions League quarter-final last night.

Reguilon missed Tottenham’s clash against Newcastle United through a knee injury, with Conte deciding to deploy Matt Doherty at left wing-back instead.

The Spurs boss is likely to have the Spaniard will be available for Spurs’ trip to Villa Park on Saturday evening, with Ryan Sessegnon also currently on his way back from a hamstring problem (Evening Standard).

Reguilon posted an Instagram story yesterday evening from the home end at Stamford Bridge as he watched his former club put Thomas Tuchel’s men to the sword. 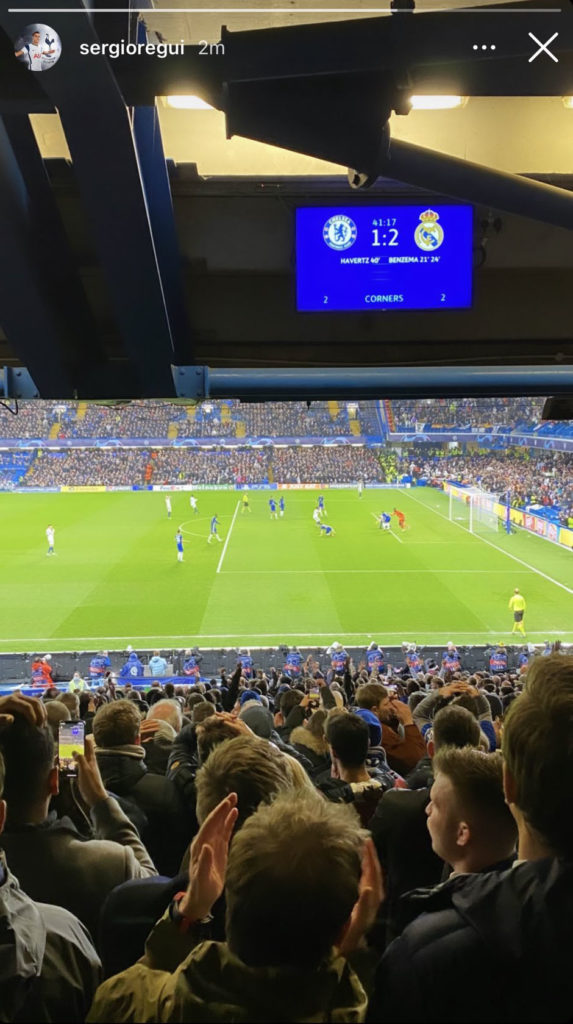 Real Madrid have the option to buy the 25-year-old for £33.6m this summer (ABC) while Barcelona are also thought to be interested in offering the left-back a return to La Liga (Fichajes.net).

Additionally, Conte was also pictured in attendance at the first leg of the tie along with Arsenal legend Thierry Henry who was seated directly behind.

It is not surprising that Reguilon was at the game, given that he is a Madrid boy. I also doubt if Conte was running the rule on any potential transfer target. He might have just been interested in watching the game and studying the tactical battle between the sides.