Cristian Romero and Harry Kane are the only two Tottenham players who have made it into Mikael Silvestre’s combined starting eleven comprisong of Spurs and Arsenal personnel.

The result of today’s north London Derby could have huge ramifications on both Tottenham’s and Arsenal’s respective campaign, with the Gunners trying to maintain their advantage over Manchester City at the top of the table while Antonio Conte’s men are looking to get back into the top four.

Despite Spurs’ impressive home record in the derbies over the last decade and a half, Mikel Arteta’s men arguably go into the game as favorites, given how well they have played since the start of the campaign.

Silvestre believes that just two of Tottenham’s players would currently get into the Arsenal side at present. When picking a combined eleven for BettingExpert (as relayed by The Sun), the pundit named a back four of Oleksandr Zinchenko, Gabriel Magalhaes, Cristian Romero and Ben White.

The Frenchman named a midfield three made entirely up of Gunners players in Thomas Partey, Martin Odegaard and Granit Xhaka while staring Bukayo Saka and Gabriel Martinelli on either side of Harry Kane upfront. 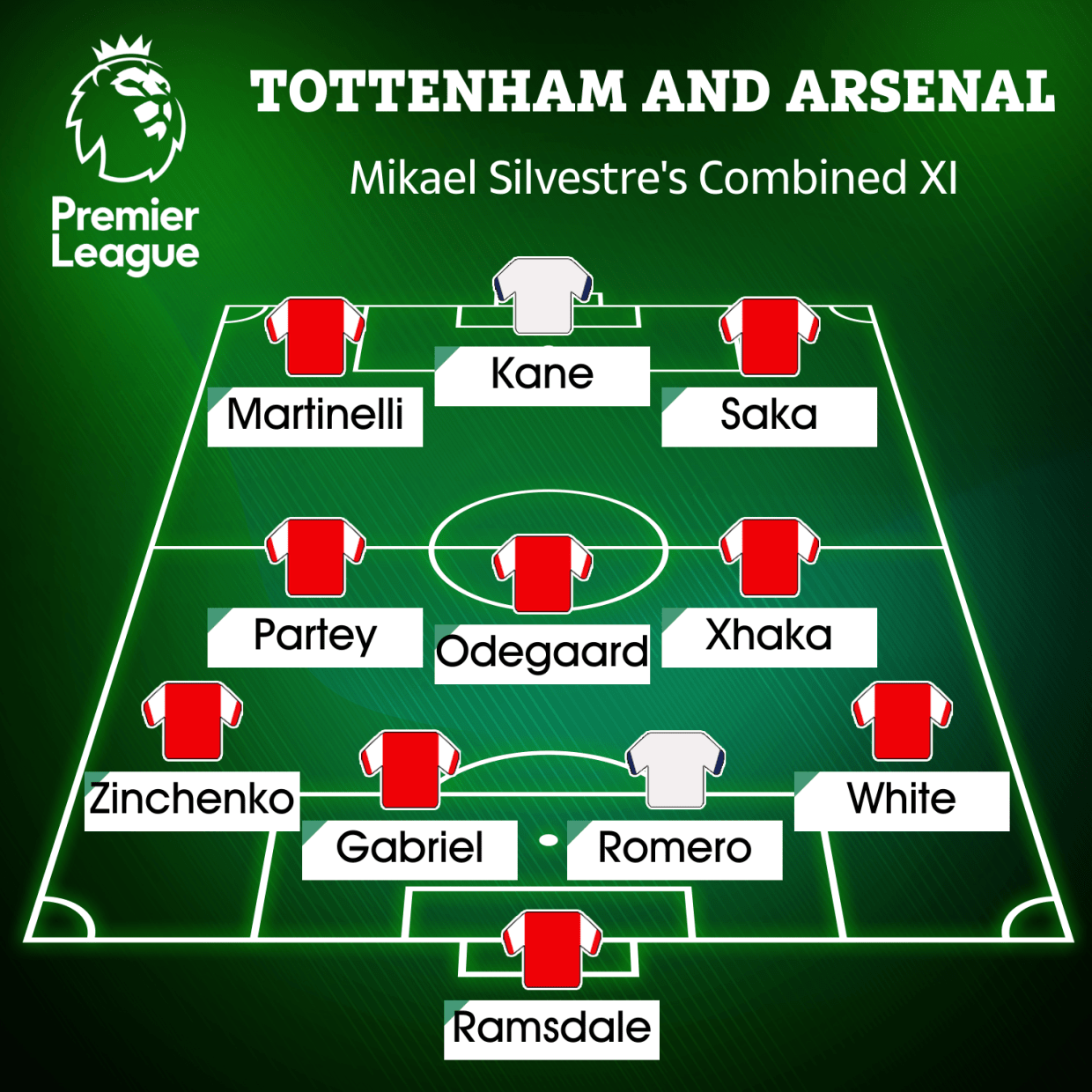 It is likely Silvestre picked this team on current form this season, which is the only way that Son Heung-min can be omitted from the side. It could be argued that even based purely on performances this season, both Rodrigo Bentancur and Ivan Perisic could get into the combined eleven.