French football journalist Julien Maynard has this morning taken to Twitter to share his understanding of Mauricio Pochettino’s situation at Paris Saint-Germain.

Maynard acknowledged the breaking news within the British media this morning (The Athletic) which suggested that the Argentine is in talks with Tottenham Hotspur over a potential return to the club.

The TF1 journalist is also of the understanding that Pochettino is unhappy with the internal situation within the French giants and does want to return to North London having held discussions with Spurs chairman Daniel Levy.

There is one significant hurdle that Spurs must overcome, with Maynard claiming that PSG have no intention at this current moment of allowing Pochettino to leave the club.

The Ligue 1 side have had three managers in as many years, having parted company previously with Unai Emery and Thomas Tuchel. 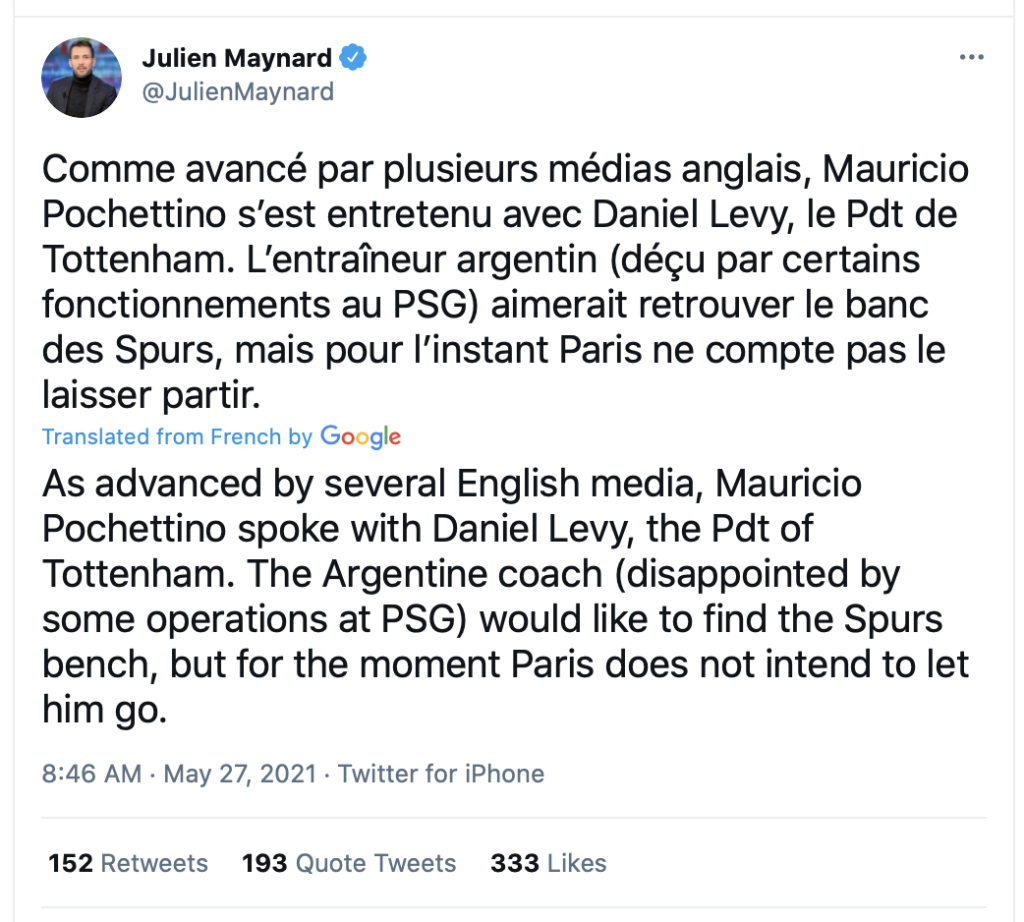 It appears to be a risky game that Spurs are playing should they fail to lure Pochettino back to the club.  Given the high regard he is held in by the majority of the North London faithful, any other appointment at this time would be somewhat of an anti-climax.