Gareth Bale has been photographed stepping up his on field rehabilitation at Hotspur Way this morning as he looks to return to action.

The 31-year-old was seen jogging with a member of the Tottenham conditioning team along with undertaking some drills with a football.

Bale sealed his return to Tottenham on a season long loan deal from Real Madrid last month but has yet to feature due to a knee issue.

Wales national team boss Ryan Giggs decided against risking Bale for the upcoming international friendly against England and the subsequent Nations League double header by instead allowing the talisman to focus on his recovery at club level (Guardian). 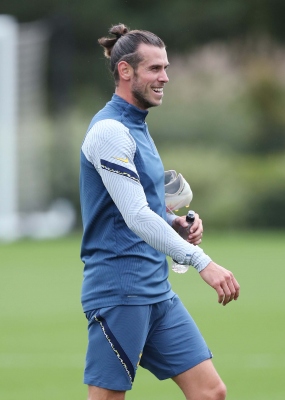