With all eyes on the weekend of September 15th, work continues to progress at a pace to ensure the stadium is ready on time for the Premier League match between Tottenham Hotspur and Liverpool, which will be the first competitive game at the new stadium.

Earlier today, fellow Spur, Nige Mac paid a visit to N17 to take some photographs of the 62,026 seater stadium to give fans from across the globe a visual update of how work is progressing.

Although the official first match date is the weekend in September, there will be a series of test events held at the stadium in the weeks leading up to the Liverpool game, with the first taking place on August 5th.

Take a look at the gallery below and thanks to Nige, once again. 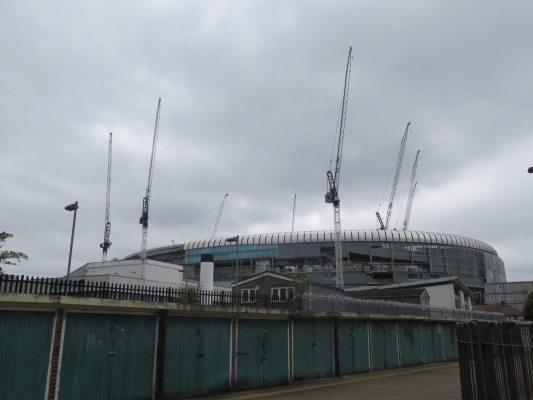 ‘Get one over on Arsenal’ – Pundit urges Spurs to beat...