Today, we took a look around the new Spurs stadium to see how the developments were coming along with around 3,700 workers currently on site.

With test events scheduled for August (the first being a staff-only event which takes tomorrow) and the official opening date set for 15th September against Liverpool in the Premier League, it is all hands to the pump to meet the strict deadline.

Despite some stories going around insisting the stadium will not be finished in time for the Premier League game against Liverpool, there are tradesmen working night and day to ensure the deadline is met.

From our walk around the stunning new stadium, it is clear there is still a lot of work to do with the completion of panelling around the south stand being a main priority.

Although we were unable to see from the outside, having looked at the live feed on the Tottenham website preparations are still ongoing to lay the turf.

One thing which is clear is the vast amount of workmen on site doing their absolute best to ensure the stadium will be fit to open on 15 September.

You can take a look at the photos, by checking out the gallery below. 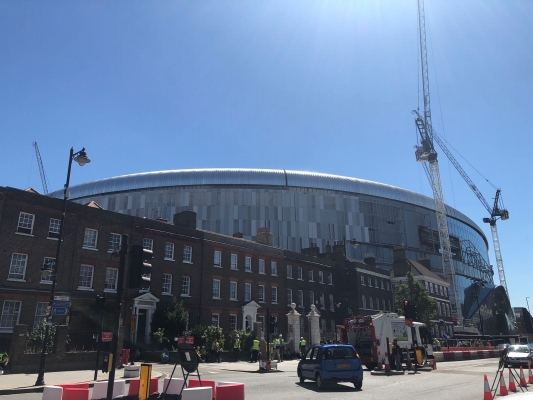