The first 45 minutes have gone in what seems like a blink of an eye at the Santiago Bernabéu.

Tottenham could have found themselves 1-0 down within a matter of minutes when Cristiano Ronaldo’s header came back off Hugo Lloris’ upright and Karim Benzema squandered an easy opportunity.

But we weathered an early storm and who else but Harry Kane had a huge part to play in Tottenham’s goal which came off Raphael Varane with a final touch to give us the lead against the current European champions in their own back yard.

Below we’ve put together a half time match gallery of the best action shots from the top of the table Group H clash. 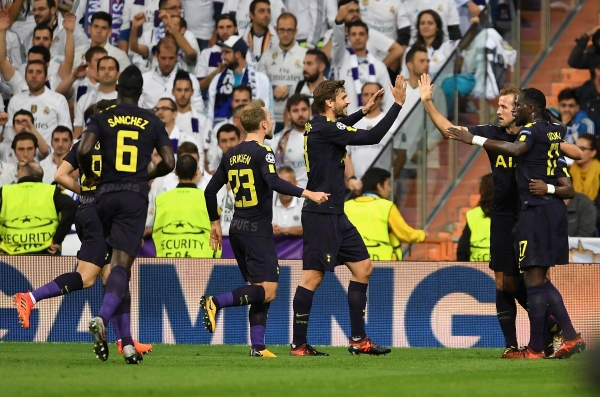