It’s still 0-0 at the half time point between Tottenham Hotspur and AFC Wimbledon at Wembley in the FA Cup third round tie.

Wimbledon had a fantastic chance of their own to open the scoring when the saw an attempt on goal turned onto the bar by Tottenham keeper Michel Vorm to save the blushes of the home side, in fairness to Wimbledon they have already showed more hunger than that West Ham United did.

Below we’ve put together a gallery of the best shots from the first 45 minutes of action. 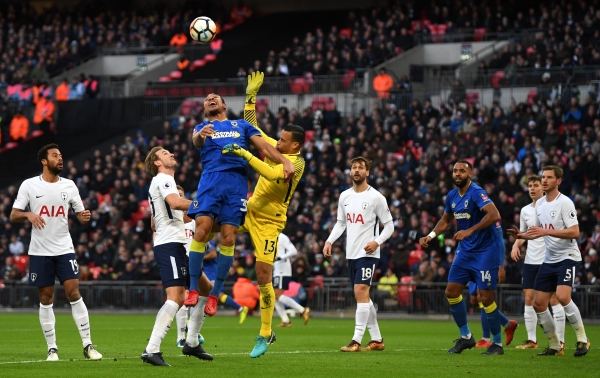