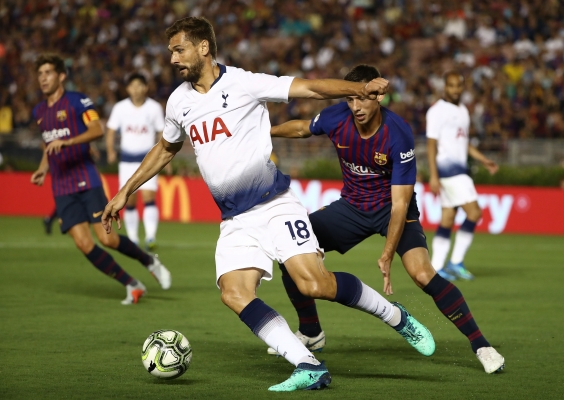 PASADENA, CA - JULY 28: Fernando Llorente #18 of Tottenham Hotspur turns on the ball during the first half of the International Champions Cup 2018 match against Barcelona at Rose Bowl on July 28, 2018 in Pasadena, California. (Photo by Victor Decolongon/Getty Images)