Home News Gallery: Spurs players and staff arrive at their Madrid hotel ahead of...
1
SHARES
ShareTweet 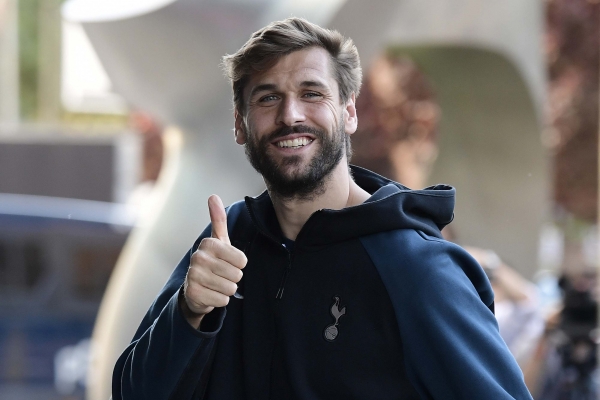 Tottenham Hotspur have stepped up their preparations for the Champions League final by flying to Madrid yesterday afternoon.

The players and staff were photographed departing the coach which took them to their hotel in the Spanish capital with Mauricio Pochettino having a full squad available to choose from.

Harry Winks, Jan Vertonghen, Davinson Sanchez and Harry Kane have all recovered from their respective injury issues to make the trip.

The players were snapped taking their luggage to their new base with the squad looking to be in high spirits ahead of the clash against Liverpool.

Local police were present to ensure that no overeager supporter or member of the media decided to encroach the Tottenham travelling party.

Round-up: What a number of journalists are reporting about Spurs’ Romero pursuit

Video: “That’s not my information” – Journalist comments on Kane to Man City report

Round-up: What a number of journalists are reporting about Spurs’ Romero...

Alasdair Gold shares his understanding of Spurs’ stance on Kane amid...