Tottenham Hotspur held their first training session earlier today since arriving in Shanghai in what was a swelteringly warm day.

After kicking off their pre-season with a 3-2 win against Juventus on Sunday, Mauricio Pochettino’s men were put through their paces ahead of Thursday’s match against fellow Premier League side Manchester United.

There was an encouraging sight with Christian Eriksen taking part in the session which could potentially put him in the picture to face United after sitting out the match in Singapore.

The Dane missed the match after it was revealed he underwent a minor operation following the Champions League defeat to Liverpool on June 1st (The Sun). 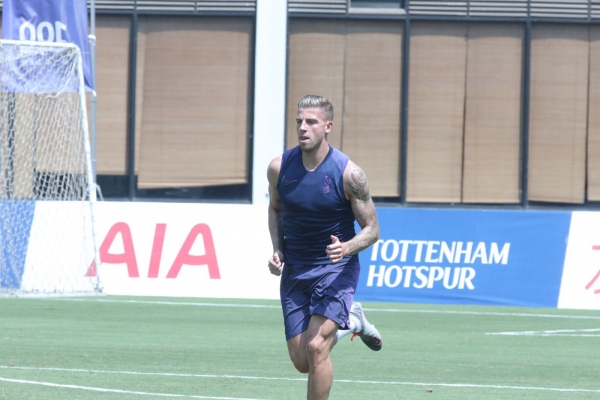 Video: ‘No guarantee he will be offered the job’ – Ornstein provides update on Spurs’ manager search

Video: ‘No guarantee he will be offered the job’ – Ornstein...

Journalist shares what Fabio Paratici told him about potential move for...

‘Ridiculous’ – Pundit makes three suggestions why Spurs are still without...