After touching down in Los Angeles, yesterday, Mauricio Pochettino and his coaching staff wasted no time in putting the Tottenham Hotspur players through their paces in the first training session of their USA tour.

There were a couple of famous faces in attendance in the shape of former NBA star and huge Tottenham fan Steve Nash, who even had time to catch up with Mauricio Pochettino. For those who are MLB fans, Andrelton Simmons of the Los Angeles Angels was also there.

Turning attention to the pitch, Davinson Sanchez was a welcome sight and linked up with the squad today following recent his wedding in his native Colombia.

First up for Tottenham is a match against Italian giants AS Roma on Wednesday evening (Thursday 3:05am UK time)

Check out the gallery below to see all the latest photos of Tottenham’s first day of training. 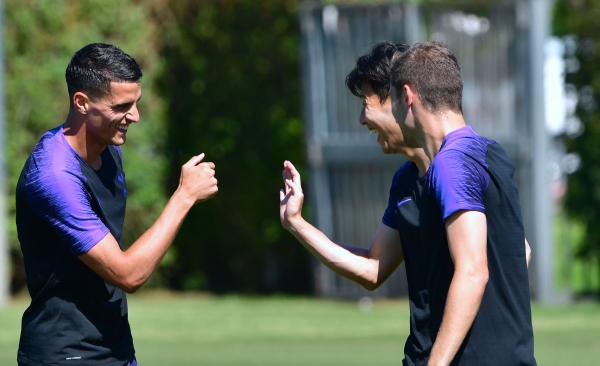