Portsmouth manager Danny Cowley has heaped praise on Dane Scarlett, remarking that the on-loan Tottenham youngster is the best defensive forward he has seen in his 15 years in coaching.

Scarlett is thought of very highly at Tottenham, with Jose Mourinho handing the youngster his senior debut at just 16 years of age back in November of 2020. 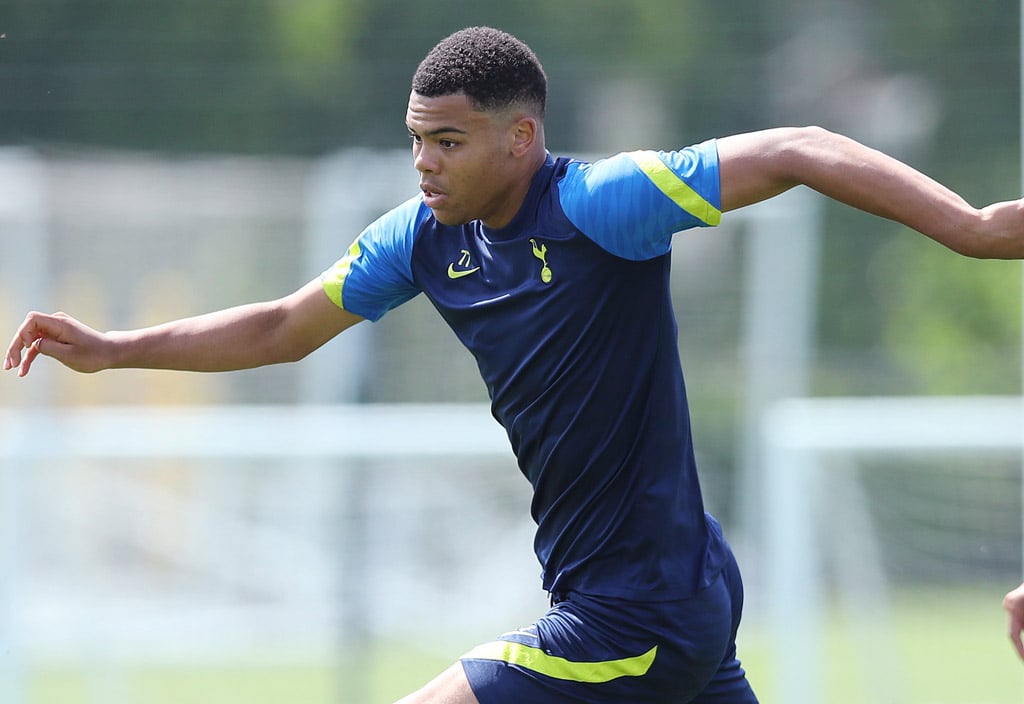 The 18-year-old impressed in Premier League 2 last season and featured on the bench for Antonio Conte’s side on several occasions during the latter stage of the campaign, with the Italian describing the teenager as ‘the best prospect’ from Tottenham’s academy back in February (Football.London).

After joining Portsmouth on loan in the summer, Scarlett made an excellent start to his time at Fratton Park but the goals had dried up for the forward over the past two months as the League One side went through a downturn in form.

The on-loan Spurs man was back among the goals on Tuesday as the South Coast club emerged 2-0 winners in an EFL Trophy clash away at Ipswich Town.

Scarlett opened the scoring for Pompey on 43 minutes with a brilliantly placed left-footed finish into the bottom corner from just inside the box but it was not the youngster’s goal that stood out for Cowley but rather his defensive work rate.

The 44-year-old told Portsmouth News about the striker’s display: “I am telling you now, in 15 years of football, I don’t remember seeing a number nine defend as well as Dane did with that effort. It’s not just energy, not just intensity, his intelligence was so good, I am so pleased with him.

“He’s just a good kid, he has a steel about him which is beyond his years, mentally he’s incredibly tough and that’s why we know he is going to be the very, very best he can be.

“Whatever that will be, I have no doubt he will make the most of his natural talent. It was an all-round excellent display, well beyond the years of an 18-year-old.”

In football, a young player’s attitude and desire are often better predictors of their career trajectory than their sheer ability.

Kane, for example, was perhaps not as talented as the likes of Steven Caulker or Tom Carroll while coming through the ranks of the Spurs academy but it was the striker’s determination to keep improving that has helped him maximise his potential.

By the sounds of it, Scarlett has his head screwed on and is focused on working hard on his game. So, the 18-year-old appears to have a very good chance of becoming a first-team regular at Spurs over the coming years.