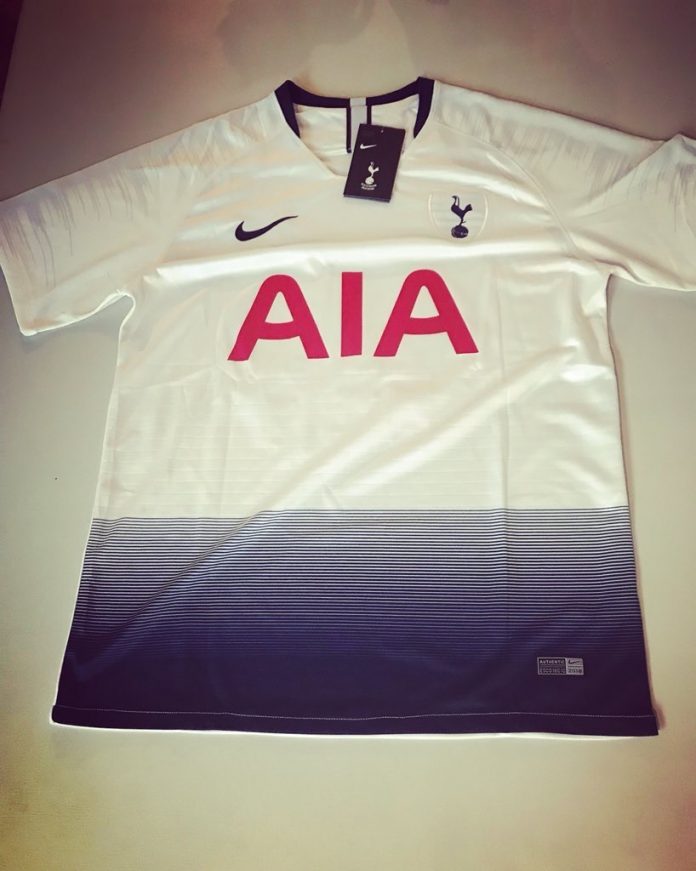 As we head in to the business end of the season focus already begins to turn to the 2018/19 season.

Presumably Mauricio and Daniel Levy are working on a shiny new “marquee” signing to go along with our shiny new stadium and to perhaps soften the blow of the shiny new season ticket.

But also on the agenda will be the new kit, something quite significant really as we enter a new and hopefully successful era for the club.

We are one year into our Nike deal and as per internet there will be “leaks” a plenty doing the rounds between now and the scheduled release.

The supposed 2018/19 campaign one has an attractive navy blue fade at the bottom of our usual white shirt. The shield around the crest has also been removed and it looks as if there is a bit more detail as well as colour.

Now this is by no means confirmed and we are sure there will be a few more rumoured incarnations, so we’ll just have to bide our time.

So what do you guys think? Let us know your thoughts.

Hugo Lloris talks Bale, Dele and Tottenham’s hopes for the season ahead

Opinion: Analysing how a full stadium will react to this Tottenham team