The Evening Standard’s Dan Kilpatrick has claimed that the COVID-19 outbreak at Tottenham Hotspur has worsened ahead of their clashes against Rennes and Brighton.

Following a COVID outbreak at the club earlier this week, it was revealed that the club could ask for their Premier League clash against Brighton on Sunday to be postponed.

Seven first-team players and four members of Tottenham’s coaching staff had tested positive and the club were waiting for the results of a PCR test administered on Tuesday to assess the full extent of the outbreak.

It was explained Spurs’ Europa Conference League clash against Rennes on Thursday is set to go ahead while the club would make a decision on whether to ask for Sunday’s clash to be postponed once the results of the PCR tests arrive.

Kilpatrick has now provided an update on the situation, explaining that the situation has worsened. The journalist revealed that the North London club are thus expected to reach out to the Premier League to ask for their trip to the Amex Stadium to be postponed.

This is not good news for Spurs as the word ‘worsened’ suggests that there have been more positive cases among the players and the coaching staff. That would entail a ten-day quarantine for many players and the resulting postponements could lead to a massive fixture pile-up later in the campaign.

Report: Tottenham enter ‘state of panic’ after losing out on Diaz and Traore 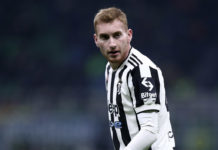 Report: Tottenham enter ‘state of panic’ after losing out on Diaz...

Report: Tottenham enter ‘state of panic’ after losing out on Diaz...