Oliver Skipp’s passing map against Newcastle United is something to behold, with the youngster hardly misplacing any passes at St James’ Park.

Tottenham came away with a much deserved 3-2 win against Newcastle yesterday, with the result flying in the face of the pre-match narrative which was all about the Magpies’ takeover by a Saudi-led consortium.

However, Nuno Espirito Santo’s men demonstrated yesterday that Newcastle have a long way to go to catch up with them, with Steve Bruce’s side struggling to cope with Tottenham’s attacking firepower.

Skipp was one of Spurs’ unsung heroes yesterday evening as he constantly put out fires in front of the back four.

The 21-year-old was also extremely competent in possession, always showing for the ball and making the right choices.

Newcastle were left chasing shadows for large parts of the game due in part to how comfortable Skipp was on the ball.

The youngster’s passing map (via Sky Sports) certainly demonstrates how effective he was in possession. 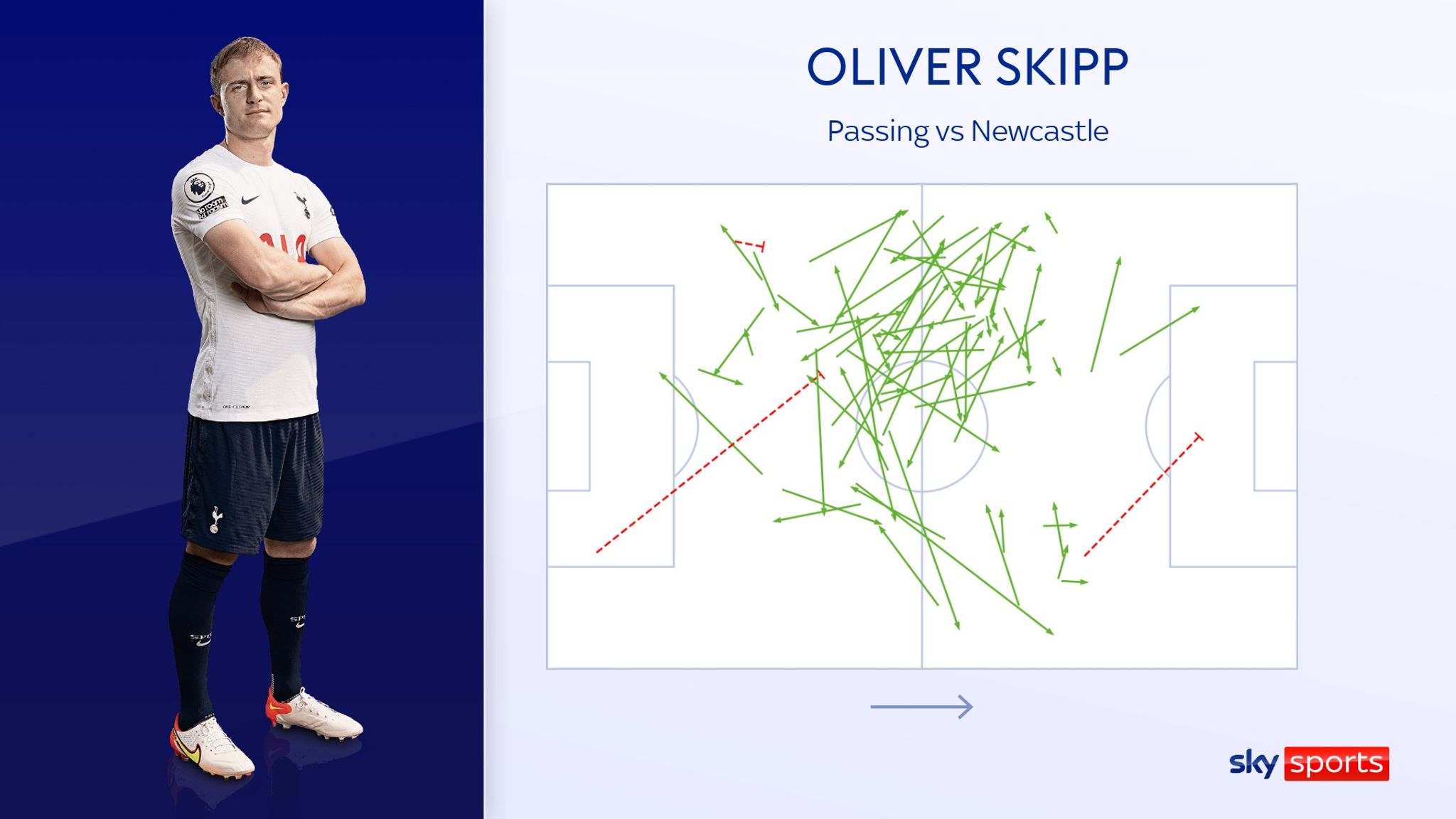 While Skipp’s tenacity and reading of the game is second to none, his quality in possession really makes him a standout in comparison to other similar players in the Premier League.

It really does seem like we have a gem on our hands. The 21-year-old seems destined to be a regular for England in the near future.

Opinion: One player has been biggest beneficiary of Conte’s arrival at Spurs

Report: Spurs-linked defender could be ‘sacrificed’ by club in the summer

Opinion: One player has been biggest beneficiary of Conte’s arrival at...

Report: Spurs-linked defender could be ‘sacrificed’ by club in the summer

‘Suits me to the ground’ – Spurs man enjoying positional change...

‘Ends like this’ – Cristian Romero posts heartbroken message after injury...

Opinion: One player has been biggest beneficiary of Conte’s arrival at...