Last week, we relayed a report that Nike could use an unusual colour for Tottenham’s third kit for the 2021-22 season.

The main colour of the third kit was described as ‘wild berry’, which seemed to be a lighter shade of purple in comparison to some of the kits Tottenham have had previously.

Looks like these will be our kits for next season 👀#COYS
The purple will be the third kit, it will be a mixture of purple white and black. pic.twitter.com/FH3oigk8sd

Footy Headlines have now revealed that Nike are going to be reverting to black for Tottenham’s away kit for next season.

Instead of the dark green variant they have come up with this season, the report claims that shirt will combine the main colour black with a venom green

The official colour combo has been described as ‘Black / Black / Venom Green’ which suggests that the majority of the elements will be black.

Based on the pictures used in the article, it appears as if the club’s crest, as well as the Nike logo, will be in venom green. 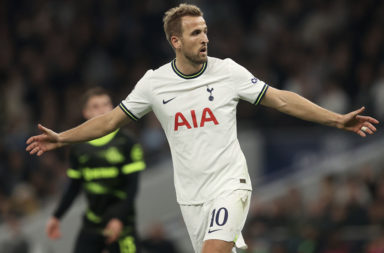