According to a report in the print edition of Portuguese publication A Bola (as relayed by Sport Witness) Sporting Lisbon are trying to sign former Tottenham winger Marcus Edwards but are ready to allow the North London club to retain 50 per cent of the player’s rights.

Edwards, who came through the ranks at Spurs, was once even likened to Lionel Messi by Mauricio Pochettino but the wide man only managed to make one senior appearance for the Lilywhites.

He left North London to join Portuguese club Vitoria Guimaraes in the summer of 2019 and has enjoyed two solid campaigns at the club since.

If A Bola are to be believed, the 22-year-old’s displays have caught Sporting’s attention.

The report reveals that Sporting are keen to secure a deal for the winger as they believe Edwards can add a lot to their side.

It is explained that Spurs still own 50 per cent of the player’s right with the remainder being owned by Guimaraes.

It is alleged that Sporting only want to buy the 50 per cent of Edward’s rights owned by Guimaraes and are happy for the current arrangement with Tottenham to continue as it is.

Back in June, A Bola reported that Tottenham had accepted a partnership with Sporting Lisbon for Edwards’ transfer, with the 50% clause carrying over (via Sport Witness).

This latest update claims that Sporting are ‘still interested’ in such a deal. 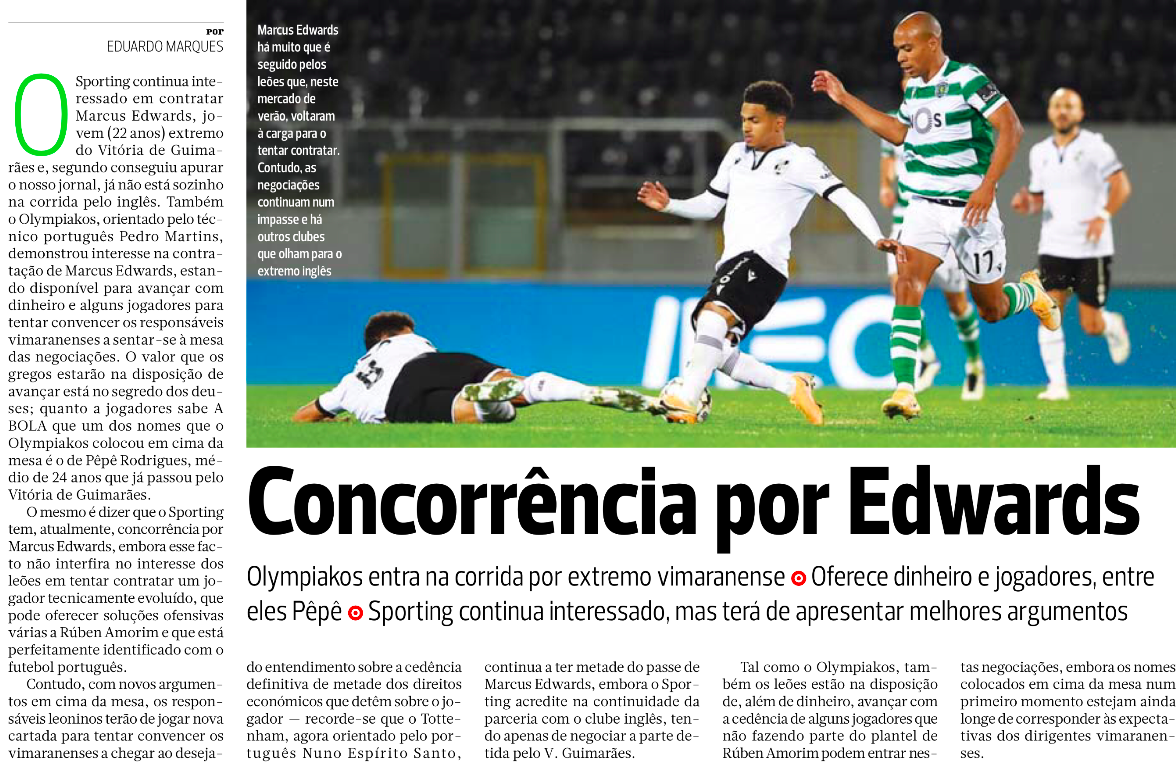 Given how highly rated Edwards was while he was coming through the ranks at Spurs, it is not surprising that the club decided to hold on to 50 per cent of his rights. While it is a shame that things did not work out in North London for the 22-year-old, the club will at least likely gain monetarily from his development should he make a big move in the future.

Opinion: Spurs in the multiverse

Opinion: Spurs in the multiverse

‘One of our best halves’ – Some Spurs fans react to...