According to a report in Turkish publication Takvim (as relayed by Sport Witness), Turkish giants Galatasaray could agree on a six-month loan deal to sign Spurs midfielder Victor Wanyama.

The Kenyan international, who came close to a move away from the club last summer (talkSPORT), has seen very little playing time so far this campaign. 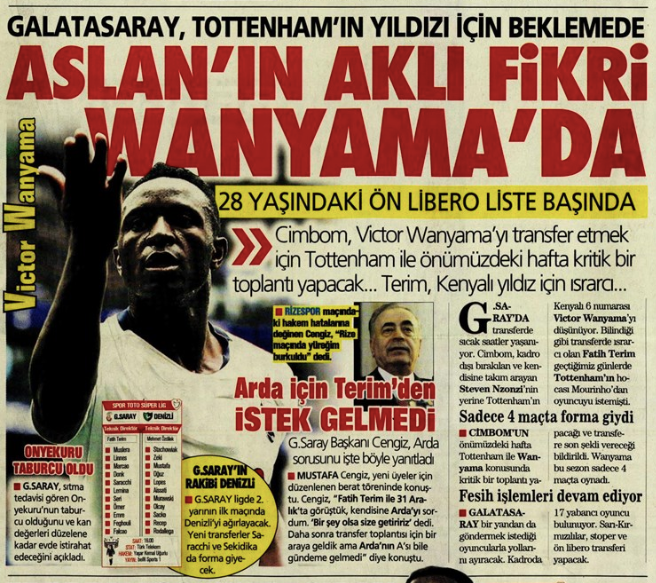 The report claims that Galatasaray manager Fatih Terim is a big fan of the Spurs star and wants to bring him to the club this month with talks planned in the coming days.

It is suggested that Terim wants Wanyama to replace former Stoke midfielder Steven Nzonzi after he fell out with the Frenchman.

Celtic boss Neil Lennon recently admitted that the 28-year-old’s wage demands were too much for the Scottish giants to meet (The Herald).

There is no doubt that Tottenham would prefer to do a permanent deal as Wanyama’s contract runs out in the summer of 2021, which means he will have just a year left on his contract next summer. So in order to get maximum value for him, the club would need to sell him now with 18 months left on his deal.