Gianluca Di Marzio, claimed last month that Tottenham had a loan offer for Andrea Belotti with an option to buy rejected by the Italian outfit.

The 26-year-old has enjoyed an impressive five year spell in Turin, netting 94 goals in 194 competitive appearances in all competitions for the Serie A side (transfermarkt).

Tottenham were keen to add another striker to their ranks ahead of the summer transfer window closing with Harry Kane’s hamstring injury in January highlighting a severe lack of depth within the squad.

Spurs ended up moving for Benfica striker Carlos Vinícius on a season long loan switch with the option to make the deal permanent at the end of the campaign.

Vagnati claimed that Spurs did not have a serious intention to sign the prolific forward having tabled an offer which was unrealistic.

He told Corriere Torino: “If they [Spurs] had serious intentions they would have presented themselves with other arguments.” 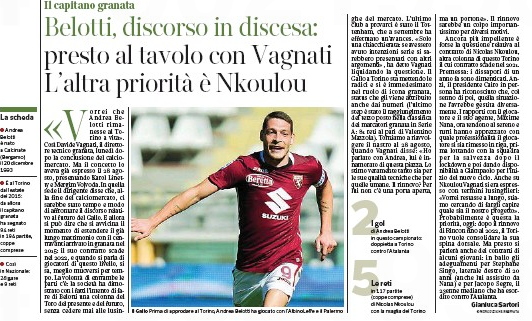