Tottenham Hotspur look to have lost out in the race to sign Saint-Etienne defender William Saliba to their North London rivals.

The 18-year-old central defender is reported to be set to undergo a medical with Arsenal on Tuesday (Daily Mirror).

It is reported that Saliba decided to move to the Emirates over a switch to the Champions League finalists in a transfer which will cost Arsenal £28million.

As part of the agreement, Saliba will return to Saint-Etienne for the 2019/20 season to continue to play regular first-team football in Ligue 1.

Tottenham were said to have attempted to have scuppered the transfer with a late offer while the Gunners were in the air flying to America for their preseason tour.

The 6ft4in defender has been tipped for a bright future in the game after breaking into the Saint-Etienne first team last season where he made 13 starts in all competitions (talkSPORT).

While Spurs may have missed out on Saliba, the majority of supporters are more concerned about the future of Toby Alderweireld, who is available for a cut price £25million until July 26th (Metro).

It is never nice to miss out on a transfer target, especially to Arsenal.  However, it is likely that the player has considered the mess which Arsenal’s defence is in and has taken the easy route out to regular first team football compared to what he would face at Spurs. 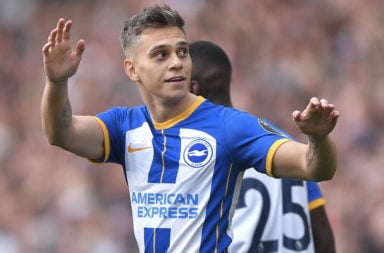