According to the Brand Finance Review (as relayed by The Sun), Tottenham Hotspur are one of the few clubs among the European elite to have seen their value increase despite the COVID-19 pandemic.

The pandemic has had a massive financial impact on the footballing ecosystem, with Spurs estimating significant loses as a result (Telegraph).

However, it looks like the club’s value has remained stable and even marginally grown, according to Brand Finance Review’s latest projections of the most valuable clubs in Europe.

It is revealed that Manchester United, Manchester City, Chelsea and Arsenal have all seen their valuation drop, with the Gunners in particular, seeing a whopping £150million reduction in their value.

Tottenham’s value is estimated to have increased by £23.5million while Liverpool’s value has risen by £64.3million on the back of their tittle-winning campaign.

Despite the increase in value, Tottenham remain the ninth most valuable club in world football.

However, the Lilywhites now have built up a significant gap over Arsenal, who are in tenth place. 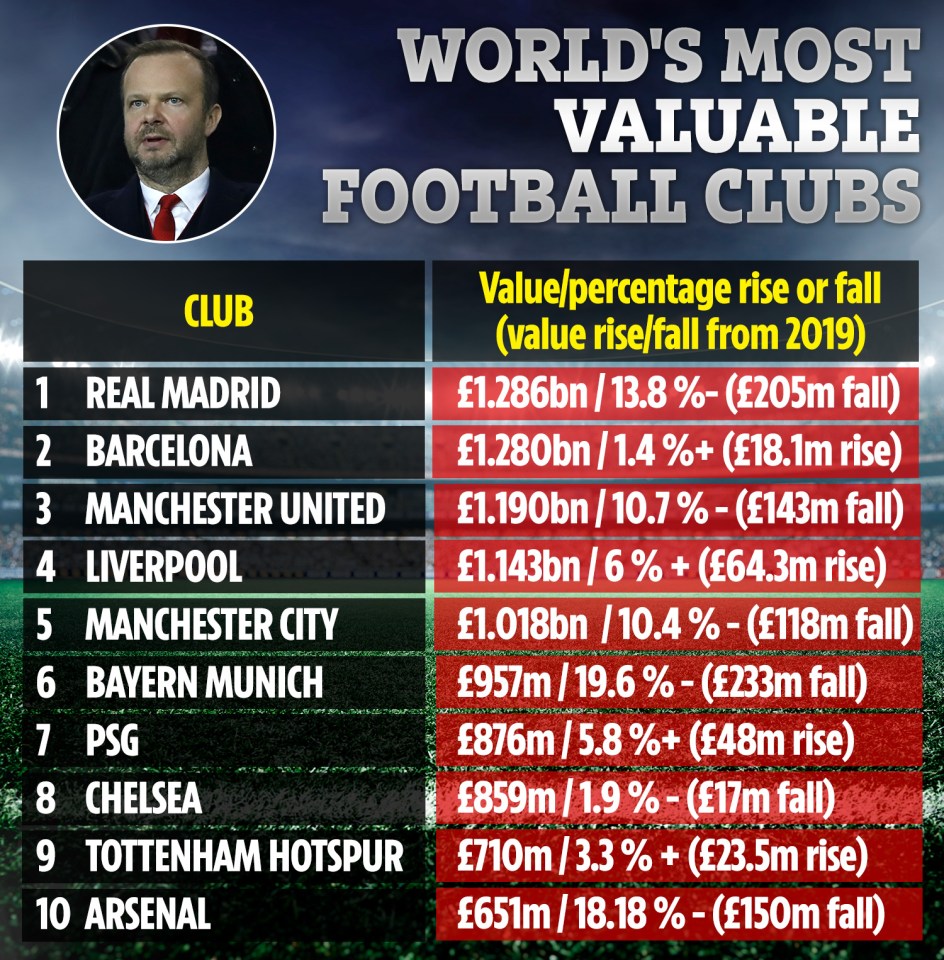 Daniel Levy does not get enough credit for the fact that we are now comfortably in the top ten most valuable clubs in Europe and look set to stay in the list for many years to come. We also generate one of the highest incomes in European football.

In fact, the club seems to be in much better financial health than most others in the list due to our sustainable wage to turnover ratio and transfer policy. Hopefully, the pandemic proves a temporary inconvenience and revenue streams return back to normal soon.