Ryan Mason has claimed that Eric Dier has been the best English centre-back this season after the Tottenham man was left out of the England squad.

Dier has hardly put a foot wrong for Spurs all season and has been an indispensable part of Antonio Conte’s back three since the Italian arrived at the North London club.

However, despite helping the Lilywhites secure Champions League qualification, the 28-year-old saw himself miss out on England’s 27-man squad for their upcoming Nations League fixtures against Hungary, Germany and Italy.

When asked about Dier’s omission, Gareth Southgate insisted that he wanted to invest time into the likes of Fikayo Tomori, Marc Guehi and Ben White rather than the Spurs man (Football.London).

The England boss further remarked that Dier has done well in “a very specific position” in the middle of a back three and added that England could adopt a back four.

Mason has taken to his Instagram story to remark that Dier had a better season than any of the other English centre-backs in the Premier League. 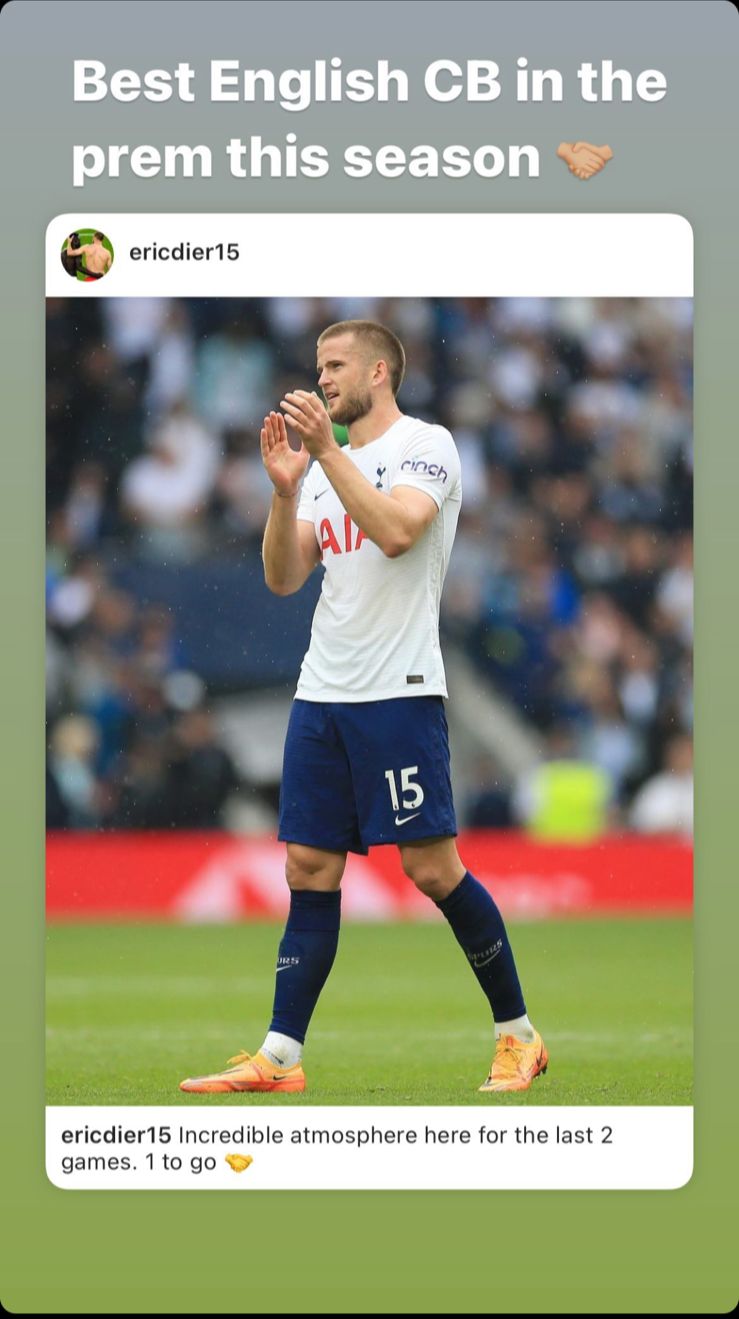 Dier was excellent even when he was playing in a back four under Nuno Espirito Santo in the first few months of the season.

The 28-year-old is certainly better equipped to play in a back four than the likes of White and Coady, given how good he is in winning duals.

The Tottenham man can consider himself extremely unfortunate to be left out of the England squad on the back of the season he has just had.