Mauricio Pochettino returned to management yesterday after being confirmed as the new head coach of Paris Saint-Germain.

The Argentine had been out of work since being sacked from his role at Tottenham Hotspur in November 2019 following a disappointing start to the campaign.

Pochettino has put pen to paper on a contract at the Parc de Princes until 2022 which includes the option for an extra year.

The England international has experienced a tough season under Jose Mourinho having only started one Premier League match this season and was once again an unused substitute in yesterday’s 3-0 win over Leeds United (transfermarkt).

Pochettino, who recently appeared as a guest on Sky Sports’ Monday Night Football show compared Brazilian star Ronaldinho’s charisma to Dele’s and backed the playmaker to regain his form and love for the game.

Dele has been linked with a possible reunion with Pochettino in the French capital (Evening Standard). 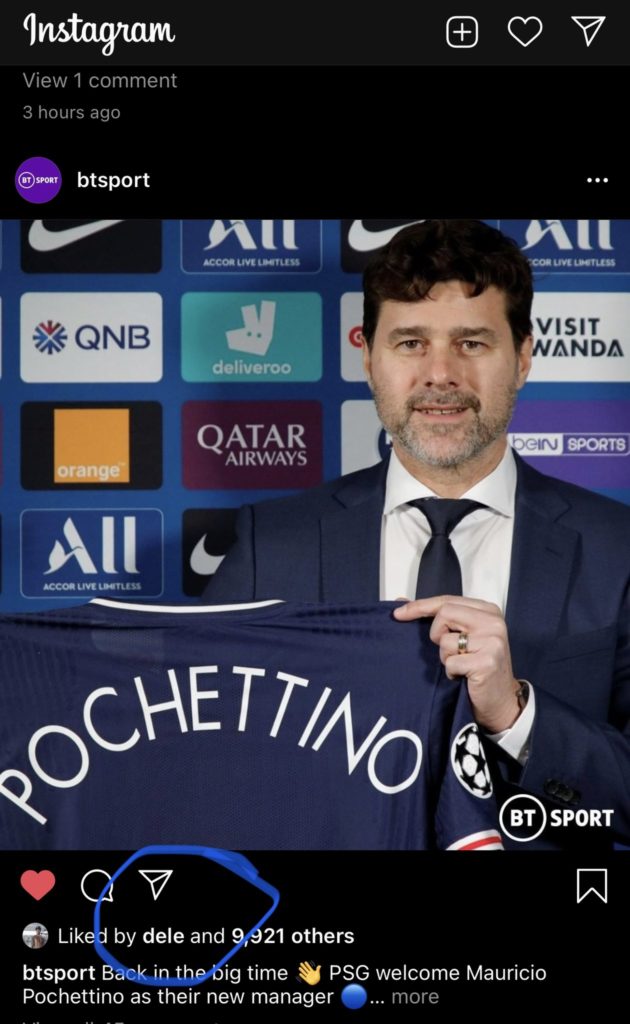 Tottenham confirm midfielder has signed a contract until 2024

Report: Tottenham ready to offer £1m plus player in exchange for starlet

Tottenham confirm midfielder has signed a contract until 2024