Rodrigo Bentancur may be the talk of the town around Tottenham Hotspur right now, however, the Uruguayan has heaped praise on his teammates Harry Kane and Heung-min Son.

The 25-year-old was integral in Spurs securing all three points in a dramatic 4-3 win over Leeds United on Saturday afternoon, scoring two late goals to continue his impressive goalscoring form this season. 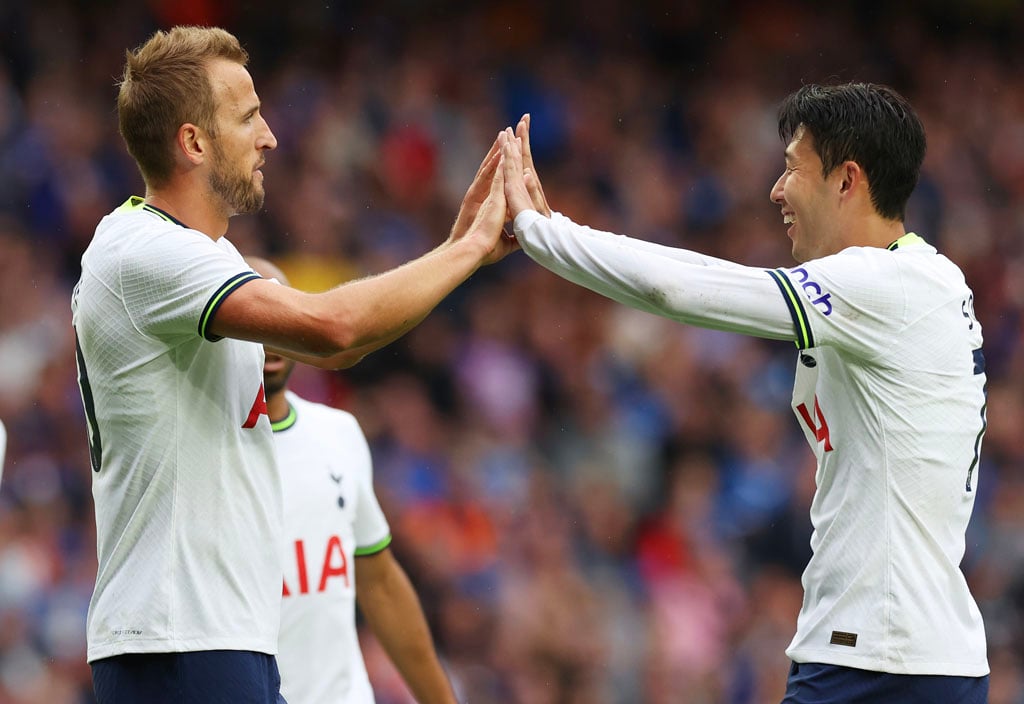 Bentancur, not normally known for his goalscoring exploits, now has five goals this campaign (Transfermarkt). Although Spurs have been fairly inconsistent, Bentancur has been outstanding and is rightly being lauded for his dynamic displays of late.

It’s usually Harry Kane and Heung-min Son that take the lion’s share of the credit when Spurs are doing well, of course. Historically, the north London club have been heavily reliant on their attacking duo to deliver matchwinning goals, but that has not been the case in recent weeks

While Heung-min Son has struggled to replicate his form of last season, he goes into the World Cup having scored five goals in all competitions for Spurs (Transfermarkt). Kane, meanwhile, has contributed an impressive 13 goals so far this term (Transfermarkt).

In an interview with the print edition of Tuttosport, Bentancur revealed what it’s like to see the pair up close on a daily basis and explained what they bring to the team.

He said: “Of course, playing with crazy forwards like Harry Kane or forward Son Heung-Min makes my task a lot easier. The truth is that, from the moment I set foot at Tottenham, the two of them amazed me: I knew they were very strong, but I didn’t think up to this point.”

“It’s one thing to see them on TV, another to share work with them during the week, the locker room, day after day. They’re monsters, total champions with the ball at their feet, but they’re also two simple guys and very, very helpful. I swear: they amazed me,” Bentancur added. 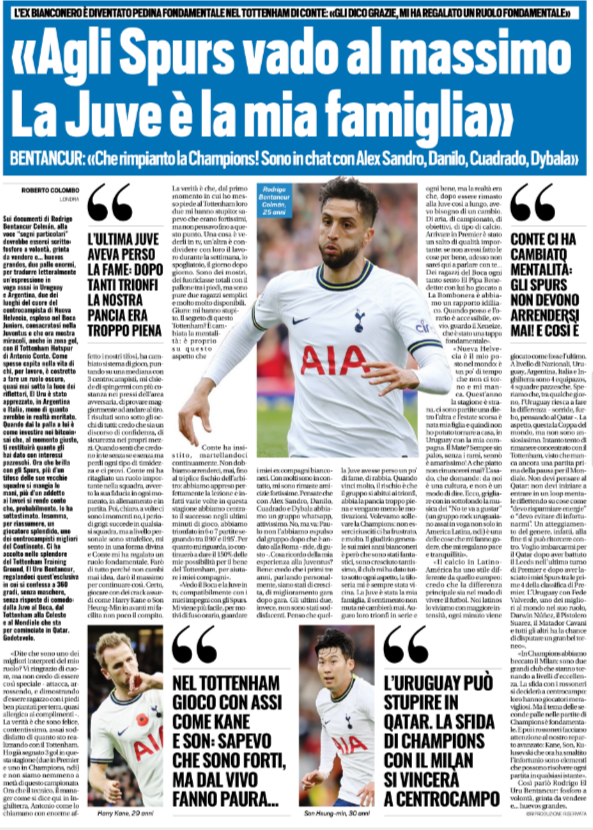 We all know how good Harry Kane and Heung-min Son are but I suspect seeing them up close on the training pitch would really reinforce just how special they are. That said, it’s nice to see someone like Rodrigo Bentancur step up and take some of the pressure off the pair and offer Spurs something different.