Home News ‘This is why he should move on’ – Some fans are amazed...

Some Tottenham Hotspur fans have taken to Twitter this evening to share their reaction after Harry Kane missed out on the PFA Player of the Year award.

It was announced that Manchester City’s Kevin de Bruyne was the winner of the award, with some Spurs supporters left amazed that the Belgian had won it ahead of Kane.

The Spurs forward outperformed the City midfielder on all of the key statistics throughout the 2020/21 Premier League campaign. 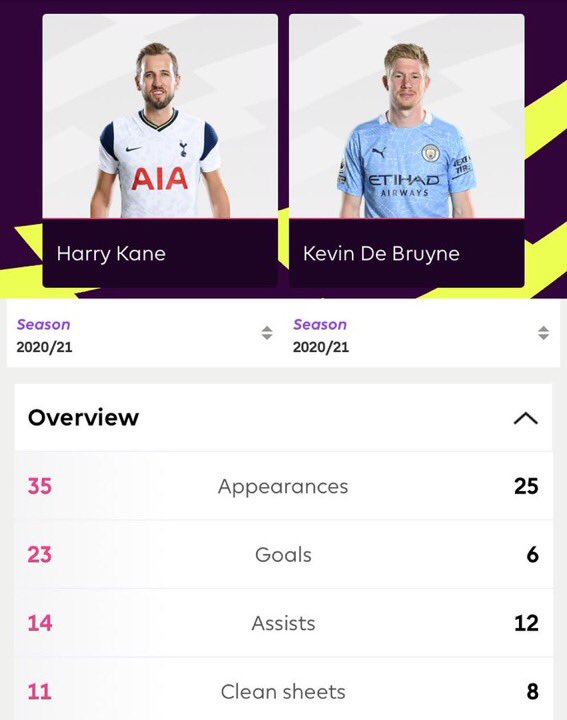 Here is how some fans reacted to the news.

Wow. This is incredible 😖 KDB wasn’t even the best City midfielder in the league this season let alone the best performing player

De Bruyne started just 60% of Man City’s league game’s this season. 33% of his goals were from the penalty spot and he went on a 6 month, 22 game run scoring just a single goal from open play. Undeserved.

How on EARTH did Kevin De Bruyne win PFA Player of the Year ahead of Harry Kane? Shouldn’t even be a debate. 23 goals and 14 assists — most goals and assists in one season. Unbelievable.

Have to say I’m a bit surprised KDB won the PFA poty award. No doubting his quality or ability but he missed a third of the PL season and not sure Harry Kane could have done much more…

He had probably his worst season since signing for City?

This is now seriously a joke! Two City players with stats nowhere near Harry’s getting two top awards, I don’t understand the bias against Spurs and it’s players! Take a good look at yourself people!

Robbery, an this is why he should move on 🙉

Kane can certainly feel hard done by to have not won the award given he significantly outperformed De Bruyne on an individual basis, while the advantage what the Belgian had over the England skipper was the fact he was part of a successful Man City team, who won the Premier League and Carabao Cup.

Report: Spurs-linked Serie A star set to make decision on his...