Richarlison’s scissor kick at the World Cup is one of the nominees for the highly prestigious FIFA Puskas award which will be given to the scorer of the best goal of 2022.

Richarlison scored the goal in Brazil’s 2-0 win over Serbia in their opening World Cup game, with the Tottenham man teeing himself up with a first touch before executing a perfect overhead kick into the far corner of the net.

That was one of three goals that the 25-year-old netted in Qatar, with the tournament eventually ending in disappointment for Brazil, who were knocked out by Croatia on penalties in the quarterfinal.

Richarlison’s audacious strike has made it to the shortlist of eleven goals scored across 2022, one of which will be awarded the Puskas.

If the former Everton man does win it, it will be the third year in a row that a Spurs player has won the award, with Erik Lamela’s incredible rabona in the North London derby winning the prize in 2021 while Son Heung-min won the award in 2020 for his solo effort against Burnley. 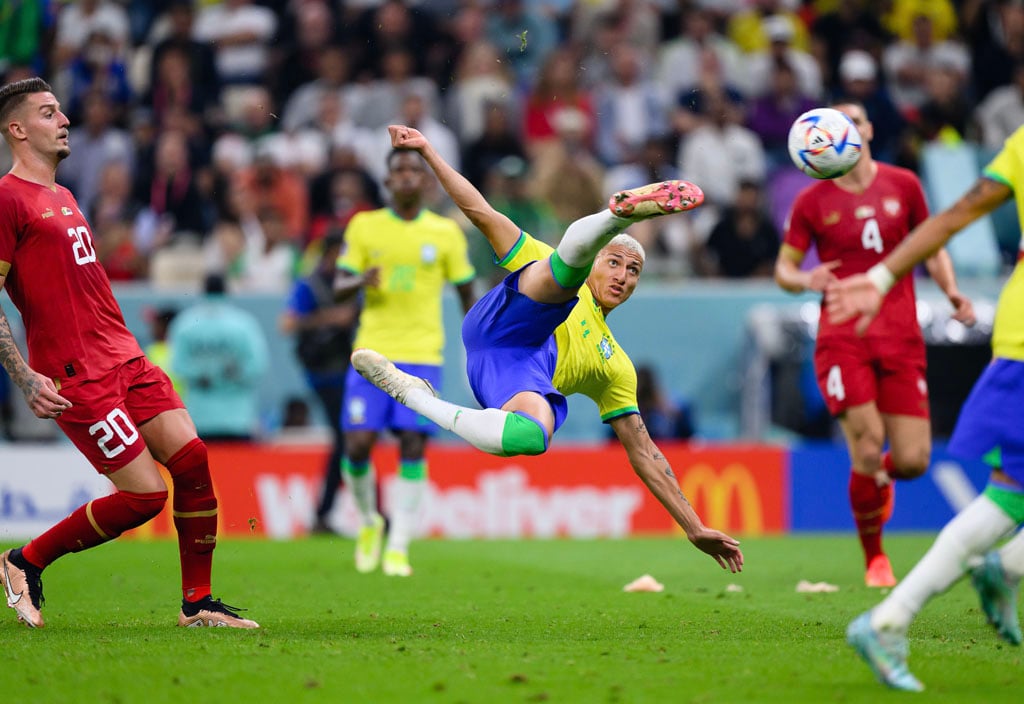 One can understand why Richarlison’s strike has been nominated, given the fact that he scored the goal on the biggest stage. However, I would be incredibly surprised if the goal did win the award, given some of the other strikes on the shortlist. It would be difficult for anyone to beat Mario Balotelli’s Rabona for Adana Demirspor against Goztepe.