Home News Video: Chelsea boss Tuchel states he has ‘nothing but admiration’ for Conte 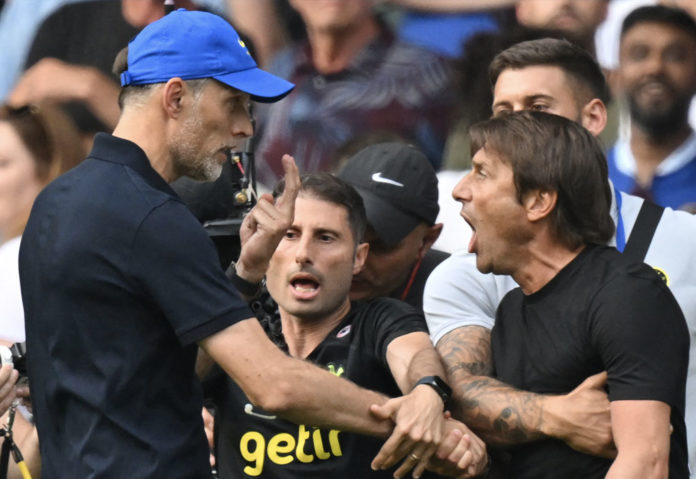 Thomas Tuchel has played down his altercation with Antonio Conte last week, insisting that he has nothing but admiration for the Tottenham head coach.

Both Conte and Tuchel received straight red cards last Sunday at Stamford Bridge after they squared up to each other during the post-match handshake.

Replays showed that it was the Chelsea boss who had instigated it by refusing to let go of his Tottenham counterpart’s hand following the shake.

Conte was thus given a more lenient punishment of a £15,000 fine, while Tuchel was hit with a fine of £35,000 and handed a one-match suspended touchline ban (Sky Sports).

The Chelsea boss was allowed to be on the touchline at Elland Road on Sunday as his ban has been given a stay of execution until the publication of written reasons from the independent commission that adjudicated the punishments (Nation World).

The German coach has now played down the incident, pointing out that both teams had a point to prove in what was an important game.

Watch what Tuchel told Sky Sports’ Football Daily about his altercation with Conte:

🗣 “I have nothing but admiration.”

Conte and Tuchel would not have gotten to the level they have in the game without being fierce competitors. The Spurs boss’ pride was clearly wounded by the three defeats to Chelsea last season and one can understand why the tensions were high during the game. However, there is evidently a lot of mutual respect between the two coaches.