Jermain Defoe took to Twitter to post a classy clarification message this morning, revealing what he really meant by his Harry Kane comments earlier this week.

Defoe originally told TalkSPORT that, if and only if Kane is craving loads of medals and trophies, a move away from Spurs would be the best idea.

However, the former Spurs striker did also say that Kane may be more motivated to stay and become the club’s top goal scorer.

Unfortunately, these quotes were used across multiple articles from major publications claiming that Defoe said Kane ‘must’ or ‘has to’ leave Tottenham.

Jermain Defoe took to Twitter to clarify his comments today:

Anyone who read Defoe’s quotes knew what he was saying. If Kane wants to win a bucket load of trophies, Spurs is not the club to do it at. However, if he wants to stay, become the club’s top scorer, break records and hopefully pick up the odd bit of silverware, then he should stay at Tottenham. It is up to Harry. 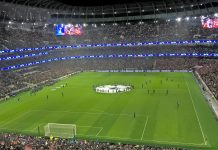