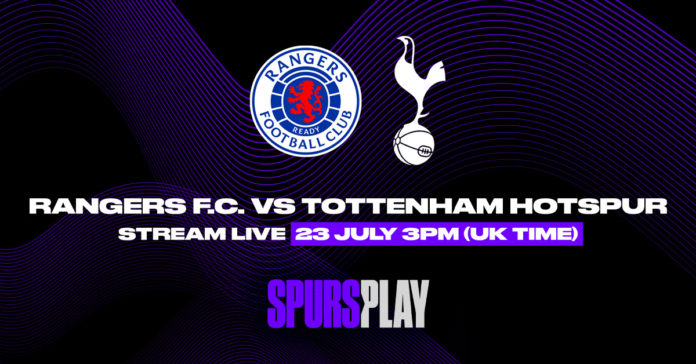 Tottenham Hotspur take on Rangers today at 12:00pm BST in the third match of our pre-season preparations.

Last week’s tour of South Korea gave Antonio Conte the first chance to cast his eye over his squad and will now face a tough test against the Scottish giants in Glasgow at Ibrox Stadium.

Spurs are currently unbeaten in pre-season having beaten Team K-League and drawing 1-1 against Sevilla.

The match at the Suwon World Cup Stadium will give Antonio Conte the chance to build upon the 6-3 win against Team K-League and will also see his side come up against Erik Lamela for the first time since he left the club.

Rangers v Spurs is being shown live on SpursPlay and is not being broadcast on any TV channel.