Tottenham Hotspur are the third most valuable football club in the Premier League following a study into football finances.

The findings by the University of Liverpool’s Centre for Sports Business Group has seen Spurs valued at £1.873 billion in the study for the 2017-18 season.

The two Manchester clubs sit above the North London outfit with City in first place at £2.364bn and United trailing their rivals with a £2.087bn valuation.

Spurs also have the lowest wage/revenue percentage in the top flight at 39%, while Crystal Palace’s is the highest at 78%.

Daniel Levy will be hoping that Mauricio Pochettino can guide the club to another top four finish to help further drive revenues. 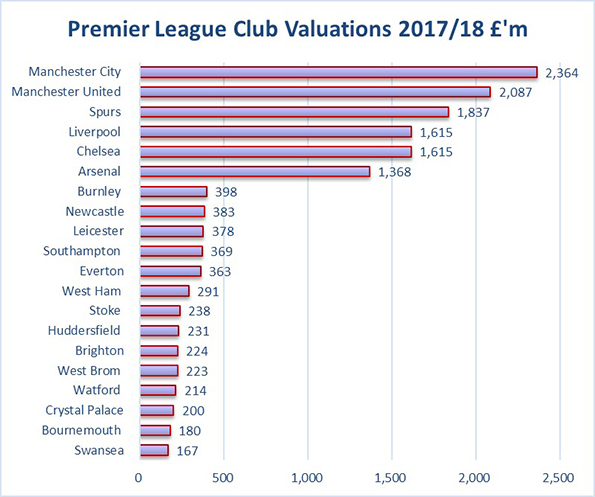