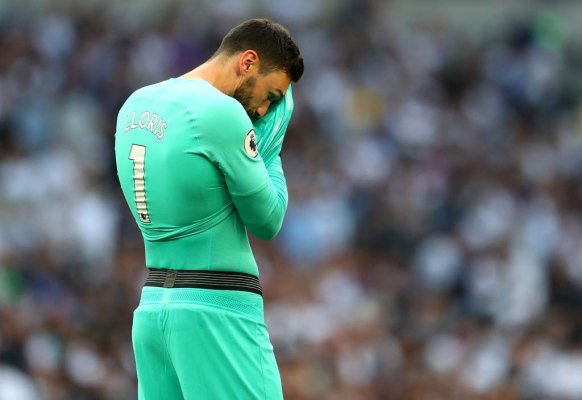 You can’t score much after letting in seven goals for heaven’s sake. He was possibly beaten too easily from distance, for instance for the first. To be honest though, the finishing was so perfect that any keeper would have been hard pressed to keep those shots out.

Thrashed. Humiliated. Given an absolute footballing lesson by aristocrats of European football. This wasn’t fortune running this way and that as it was in last season’s campaign, this was superiority exposing desperate limitations. All of the character established in the Southampton result blown away like a dandelion clock.

This is a deep, dark place from which to emerge on Saturday lunchtime. Pochettino will be hurting, will be livid, will be questioning everything about this team and his ability to lead it.

Spurs had as much as half an hour when they seemed to be toe to toe with their opponent. As clinical as Gnabry was, Son was wasteful. Approaching half time, Spurs, sticking their chin out invitingly, produced their usual idiot’s folly: go on then hit me, go on punch me right there.

The second half, Bayern demonstrated how to manage a game. Granted it was one of those soaking wet pitches on which, if you’re chasing the game as Spurs were in midfield, the legs ‘go’, but Bayern had the player quality to keep the ball and the finishers to be devastating.

You don’t lose more points by being thrashed. Spurs can still be the best of three average sides and scrape through the group stage again. The doubts though are whether they can find themselves as a team after whatever PTSD counselling they will have to undergo in the coming days and weeks and months.

‘Type of player Watford would sign’ – Some fans react to...

‘Type of player Watford would sign’ – Some fans react to...