Harry Kane is on the brink of Spurs history as he heads into Sunday’s horth London Derby one goal short of equalling the great Jimmy Greaves who scored 266 for the club.

Kane was a relatively slow starter for Spurs and was largely unimpressive in the years between 2010-2013. He received plenty of chances but appeared painfully average after each appearance. Afterwards, Kane was then continuously sent out on loan without any improvement as his career threatened to wash away like so many others.

It is difficult to give a specific reason for when that all changed, but Tim Sherwood’s greatest managerial moment was probably gifting Kane three appearances at the end of the 2013/14 season, where the striker scored three goals. This meant Mauricio Pochettino, the new manager at the time, gave him a chance.

He had an insane belief in himself that he was destined to reach the elite level, as many footballers do. He was superb in the Europa League campaign of the following season and scored 7 goals in 9 games, which impressed Pochettino.

We all remember that infamous late winner at Aston Villa from the freekick. It was a poignant moment in our history. Pochettino kept his job, and Kane earnt the trust from the coach, and that bond lasted for years.

After that, he took off and became a hero at White Hart Lane. That season included a brace at home against Chelsea on New Year’s Day and a winner against Arsenal. It was an unfathomable rise, and being one of our own, it felt sweeter.

Of course, from then, the trajectory led to being one of the best strikers in world football. He won his first Premier League golden boot in the following season, and repeated that feat in the season after that with an astonishing 29 goals in 30 Premier League games. 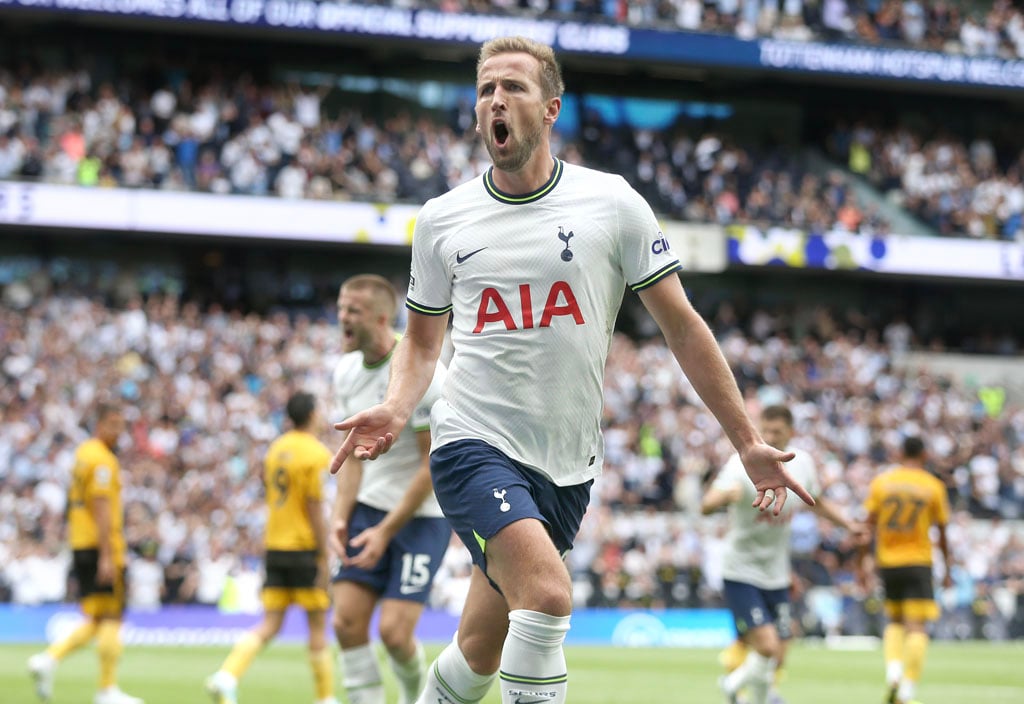 His best goal scoring year was unquestionably 2017. Six Premier League hat-tricks, which included the most Premier League goals scored in a calendar year. He was also the top scorer in Europe, scoring more than Lionel Messi and Cristiano Ronaldo, ending the year on 56 goals in 52 appearances.

He kept reaching unthinkable heights for the following years as his game matured. Earning the golden boot and top assists award in the Premier League in 2020/21 with 7th placed Spurs is not talked about enough.

Among many Spurs fans today, I was never able to watch the legendary Jimmy Greaves, one of England’s greatest ever goal scorers. I have seen players more talented than Harry Kane for Tottenham, such as Gareth Bale, Jürgen Klinsmann or Paul Gascoigne.

Additionally, there are certainly players who have achieved more at Spurs if you classify silverware as important on judgement of an individual player. If we are strictly talking about the greatest ever Spurs player, for me it is Harry Kane.

His goals and records speak for themselves though, and I believe winning trophies is not down to him for a multitude of reasons. Unfortunately, a trophy has not come and we all hope he eventually lifts one. He is the greatest ever Spurs player because of the times he carried us single-handedly and produced moments of magic. Even most recently against Portsmouth, his stunning finish won the game for Spurs.

There will be no better time to confirm his status as the best we have ever had with a brace on Sunday, which will make him surpass Jimmy Greaves, reach 200 Premier League goals, and potentially sink title-chasing Arsenal.